“The Goorkha ‘kookery’ is of a very peculiar shape. Both the blade and hilt are curved. The blade is very thick at the back. From the back it is thinned off gradually to the edge, which has a curve of its own, quite different to that of the back, so that the blade is widest as well as thickest in the middle, and tapers at one end towards the hilt and at the other towards the point. The steel of which the blade is formed is of admirable temper, and for the greater part of its surface is burnished like a mirror. The point of the kookery is as sharp as a needle, so that the weapon answers equally for cutting or stabbing. In consequence of the great thickness of the metal, the blade is exceedingly heavy. It may be imagined that a blow from such a weapon as this must be a very terrible one. The very weight of the blade would drive it half through a man’s arm, if it were only allowed to fall from a little height. But the Goorkhas have a mode of striking which resembles the ‘drawing’ cut of the broadsword, and which urges the sharp edge through flesh and bone alike. In the hands of an experienced wielder, this knife is about as formidable a weapon as can be conceived. Like all really good weapons, its efficiency depends much more upon the skill than the strength of the wielder; and thus it happens that the little Goorkha will cut to pieces a gigantic adversary who does not understand his mode of onset. The Goorkha generally strikes upwards with the kookery, possibly in order to avoid wounding himself should his blow fail, and possibly because an upward cut is just the one that can be least guarded against.“Years ago, when we were engaged in the many Indian wars which led at last to our Oriental empire, the Goorkhas proved themselves most formidable enemies, as since they have proved themselves most invaluable allies. Brave as lions, active as monkeys, and fierce as tigers, the lithe, wiry little men came leaping over the ground to the attack, moving so quickly, and keeping so far apart from each other, that musketry was no use against them. When they came near the soldiers, they suddenly crouched to the ground, dived under the bayonets, struck upwards at the men with their kookeries, ripping them open with a single blow, and then, after having done all the mischief in their power, darting off as rapidly as they had come. Until our men learned this mode of attack, they were greatly discomfited by their little opponents, who got under their weapons, cutting or slashing with knives as sharp as razors, and often escaping unhurt from the midst of bayonets. They would also dash under the bellies of the officers’ horses, rip them open with one blow of the kookery, and aim another at the leg of the officer as he and his horse fell together.”

First things first, I admit I have a bit of an obsession with the kukri. They are really stunning tools as well as formidable weapons. For those unfamiliar with the kukri, they have their origins in Northern India. Here the Goorkhas, a local tribe, dominated their neighbours in battle and forged their own respectable little mountain empire which we would now call Nepal. When the British East India Company came into conflict with these vicious mountain men they learned the hard way what they could do:

“A British officer, armed with a long regulation ‘spit’, ran his sword through a Goorkha. Notwithstanding his agony, the wounded man literally forced his way up to the weapon’s hilt, until he could close with his adversary, cutting him down with his kookri (Nepaul knife) and falling dead beside him.” (Gen. Orfeur Cavenagh, The Native Army in India, 1879.)

As a result of this they made the unusual decision to make peace and ally themselves with the Goorkhas and even employed them as soldiers, considered widely in much higher esteem then the average sepoy (Indian soldier in Colonial pay). Since then they have served British interests loyally up to this day. ‘Ghurkas’ as they are now known also serve in the Indian Army and Shanghai Police.

Their weapon of choice has always been the Kukri, a complete history of which could take a whole blog, never mind one post. Suffice to say that this blade has been used to pacify Indian mutineers and rioters, Europe in WWI and WWII and in the East against Japan. Even in recent years Gurkhas deployed to Afghanistan have used their Kukris in close quarter combat with the Taliban. 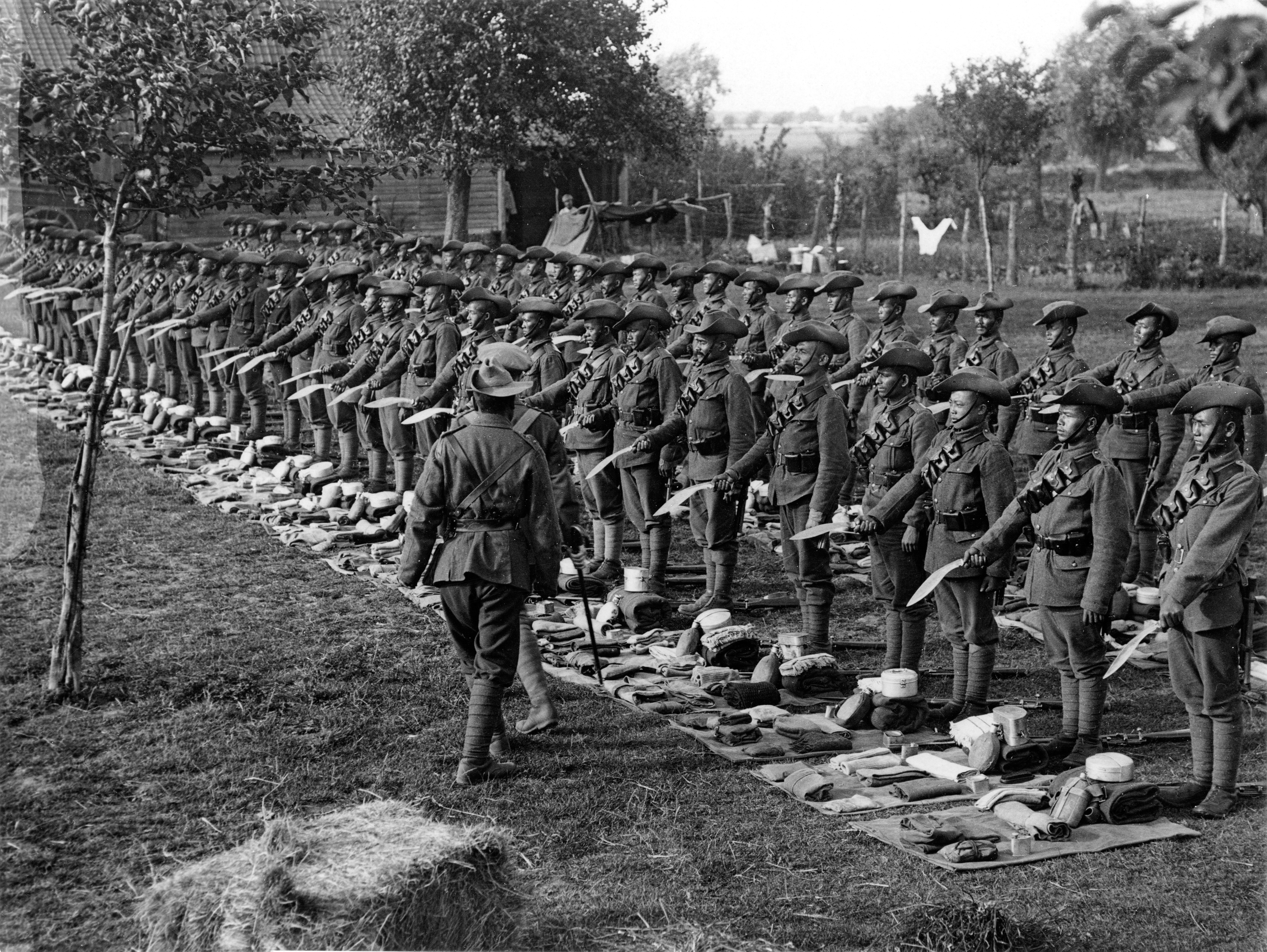 I have been experimenting with replica knives for Airsoft and re-enactment purposes for a while now and thought this would make a fun project. More to follow next time…