The G43 was looking pretty close to finished at the end of the last post:

Since then, I’ve been working on a last few details. Firstly, the scope mount for this client as he wanted to be able to use this rifle as a DMR in modern skirmishing.

The scope mounts on the rail which was built into every G43 after the first couple of hundred. This mount just slides into position and can be removed and replaced in game. During the the Second World War snipers in most nations were taught to carry their weapons scopeless the majority of the time, carrying the optic in a special protective case, only attaching them when needed. A scope rail like this would allow a sharpshooter to maintain zero through removal and re-attachment.

I also wanted to work on the iron sights to make them more realistic and user-friendly. The rear sight leaf is adjustable for windage. A piece of folded steel supports the leaf and it is all brazed together. You can see the first stage of the elevation adjustment here as well

I turned two endcaps for the tube, one of which I drilled and tapped to take a screw. These could be brazed into position.

I then made a small screw with a knurled thumb nut to lock and unlock the elevation slide into place once the correct elevation was found. 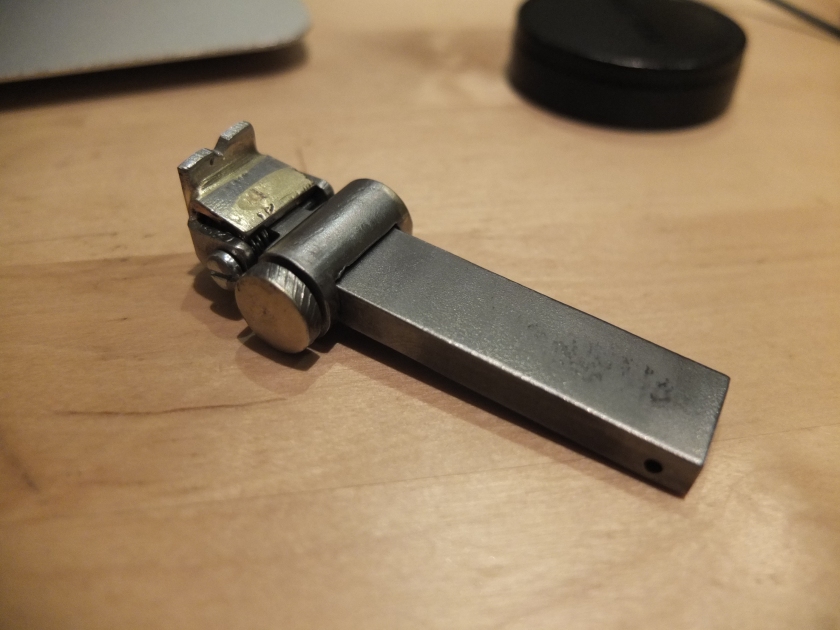 The unit is now finished for functionality and just needs to be painted up. I’ll add some markings on the elevation slide to make it easier to track movements.

To help the markings last longer, I cut recesses for them with a fine file. I could then fill the space with off-white paint. I painted the rest of the sights, though I think if I do any more sights like these I will probably oil black them overall and just paint in the details. 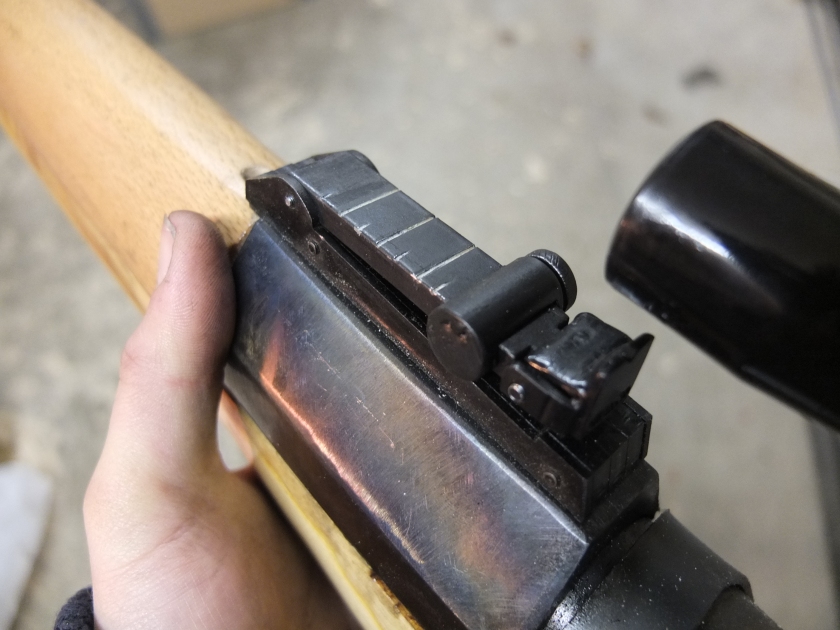 As it’s an airsoft gun, I have left the range markings off, normally a rifle like this would have marking from around 200m to about 1200m. I’ll leave it to the client to mark in ranges that he wants with a chinagraph pencil.

Finished photographs of the whole gun will be going up in the next post!

This project has sparked a lot of interest so this model will be available as a kit and as a complete gun. If this post has inspired you to want a gun of your own, do drop us a line on enquiries.vintageairsoft@gmail.com to discuss or find us on Facebook.