Yesterday, the owner of the MP28 came to collect his new gun and kindly brought his WW1-era Sturmtruppen impression for some photographs! The whole impression is mildly terrifying and it’s fair to say you wouldn’t want him appearing in front of you on a dark night… 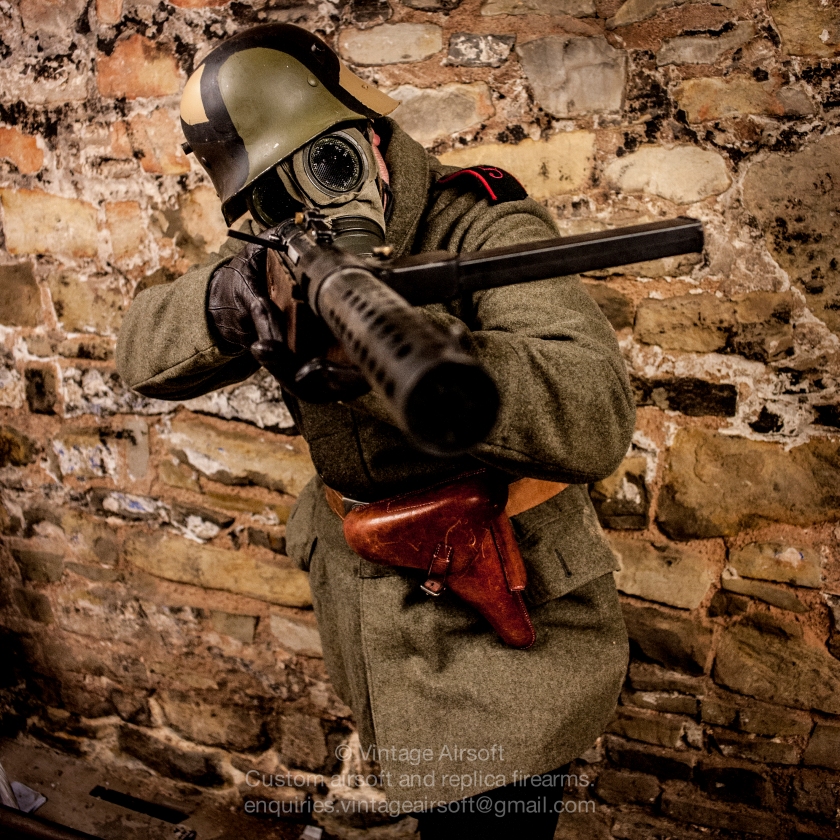 Although the MP28 isn’t a small fire-arm, it is very compact compared to the standard German service rifle, the G98 and even compares favourably to the K98a then in service with  advance units. Add in that the rate of fire is significantly higher than any bolt-action rifle and you have a fearsome new weapon for trench raiding.

Jim has made and modified much of this uniform himself.

Particularly noteworthy is the gas mask, in which he has replaced the glass vision ports with  mesh.

He hand-painted his Stahlhelm based on photographs of originals, that distinctive block-camouflage was used by both sides in various forms, sometimes including unexpected colours like vivid yellows and sky blues.

And of course, a vital part of any Sturmtruppen’s outfit, the spade:

“But the bayonet has practically lost its importance. It is usually the fashion now to charge with bombs and spades only. The sharpened spade is a more handy and many-sided weapon; not only can it be used for jabbing a man under the chin, but it is much better for striking with because of its greater weight; and if one hits between the neck and shoulder it easily cleaves as far down as the chest”

Eric Maria Remarque, All Quiet on the Western Front. 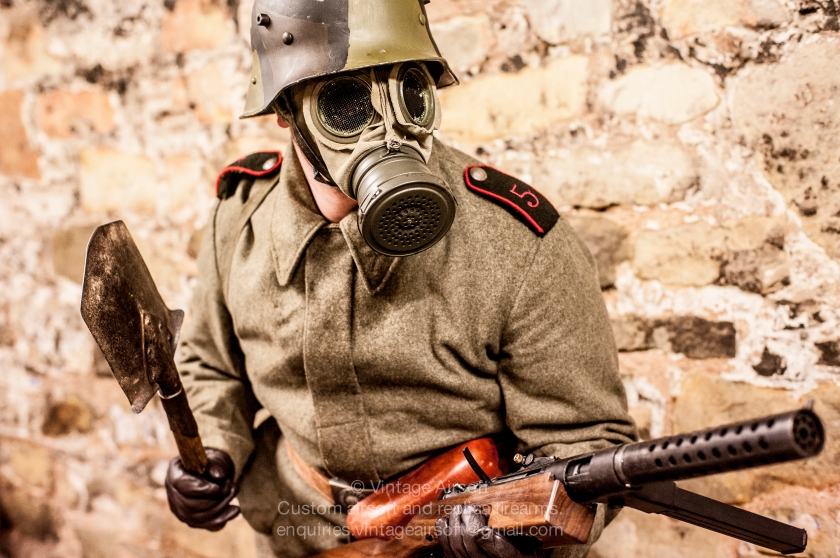 You can follow the long process of building the MP28 here. This version has both a safety catch and a select-fire system built in with elevation and windage-adjustable rear sight.

If this replica firearm is of interest to you, please do get in touch at: enquiries.vintageairsoft@gmail.com or join us on our Facebook page. Don’t forget you can buy many of our complete products via Etsy, though builds like this are made to order.