The LMG25 is a really weirdly formatted gun, but with a Sten and some modifications I’m hoping to make something really interesting and unique. 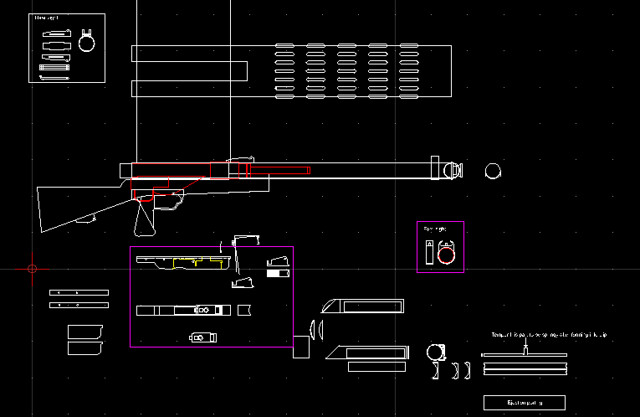 As ever, this started with a load of research and design work. There aren’t too many parts to this compared to some of my builds and they nearly all attach directly to the receiver. The first step of construction was to make this receiver, which I made a template for and centre punched for the drill, before cutting the space needed for the donor. 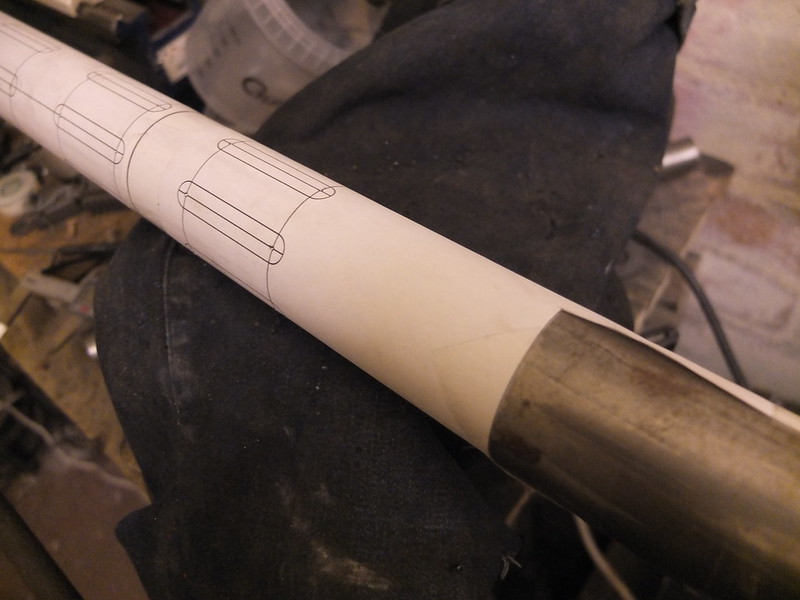 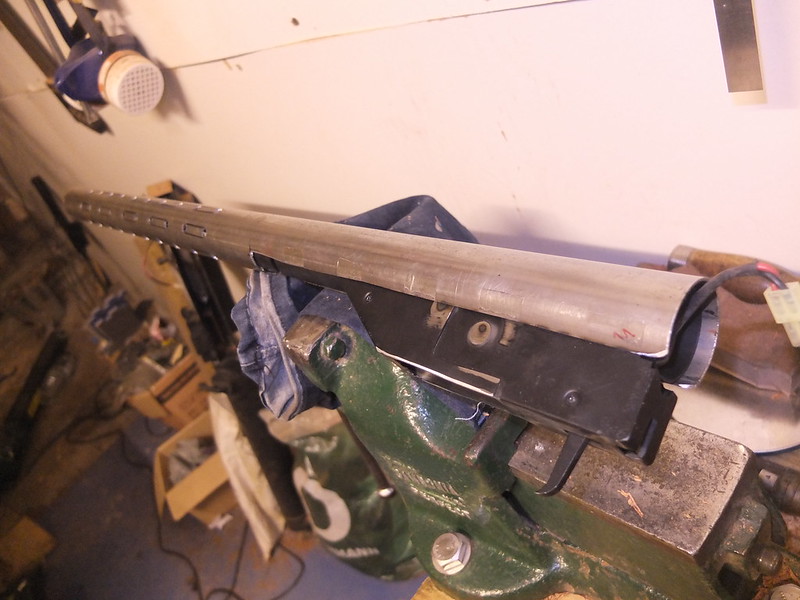 The welding begins with the mock-upped ejection port and the trigger grouping/pistol grip. 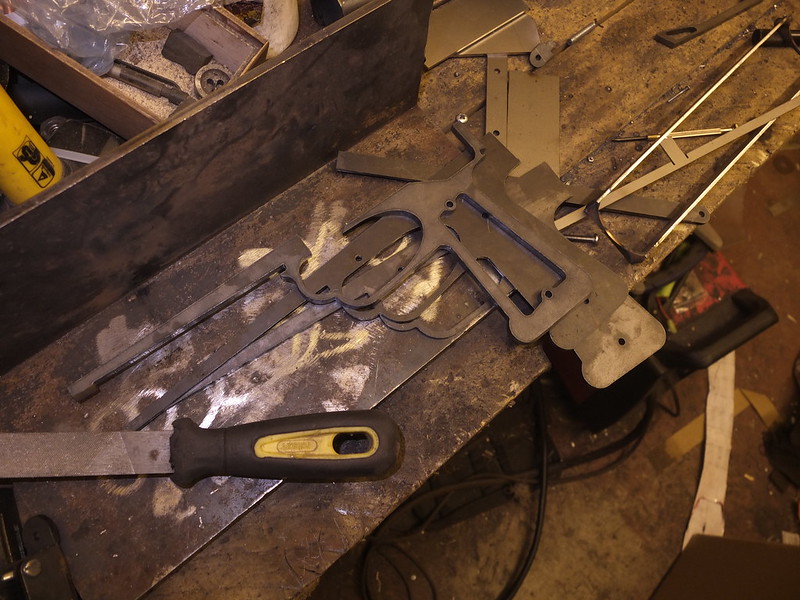 I also cut a hole for the magazine feed. 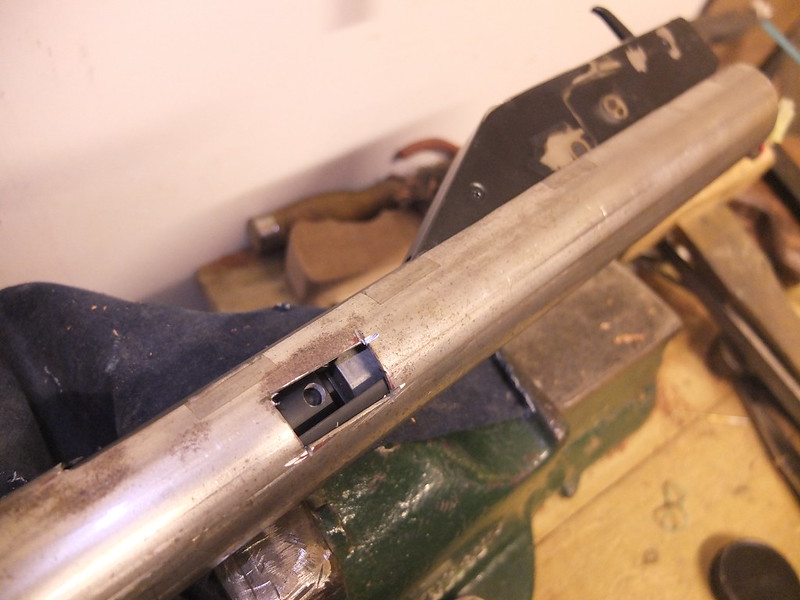 The magazine well has an awkward and distinctive shape, so it is being 3D printed and will be mounted with metal plates and screws to the receiver. 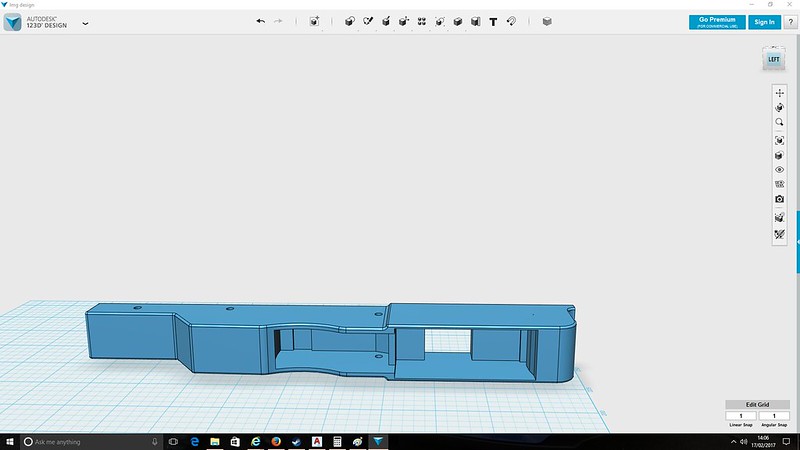 In place it fits quite nicely! This replica takes AK magazines which look the part well enough from a distance. 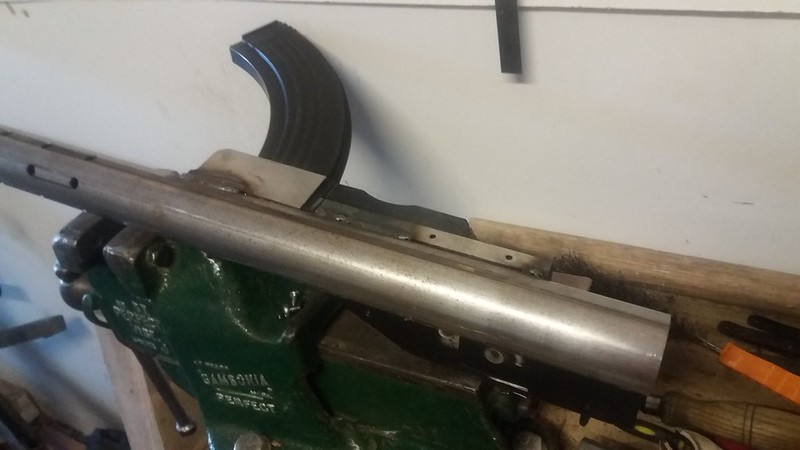 Onto the stock. I cut it out in the usual way from the blank, but I can’t cut out the action recess in the usual manner due to the awkward lump at the front of the stock. It would have been possible to have this as a separate piece but it’s not a major issue to work around. 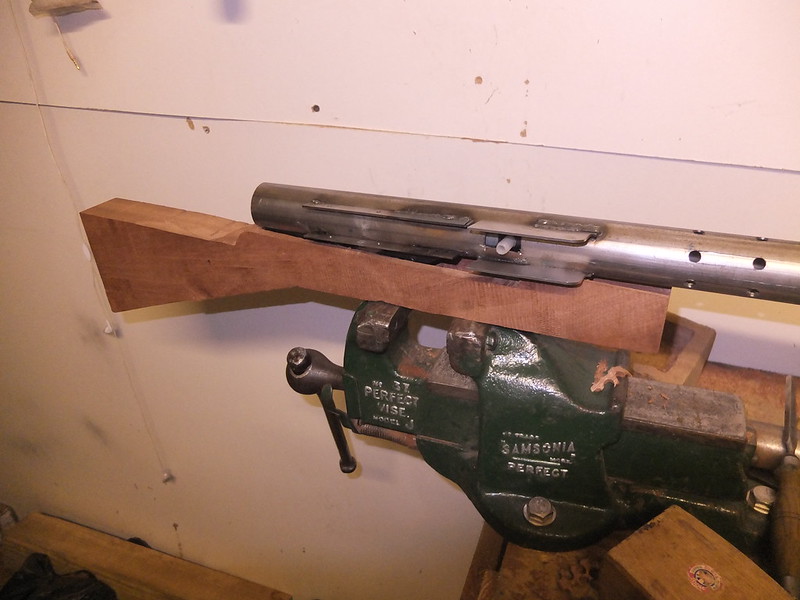 The pistol grip unit is, fortunately, an entirely separate unit. This means making it is a lot easier than a one-piece pistol grip/stock. It somewhat resembles some of the early semi-auto conversions of bolt-action rifles in this respect of its design. 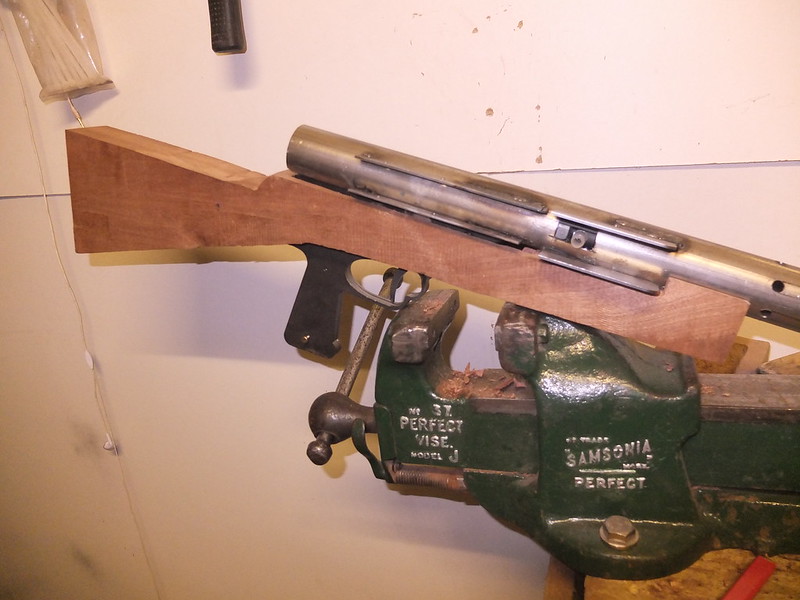 There is quite a pleasing curve to the back of this pistol grip which is easily missed. 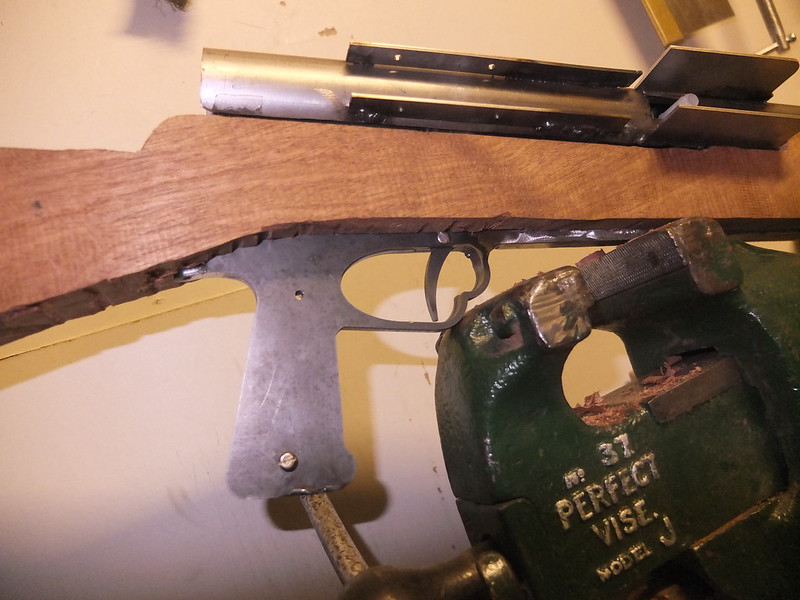 This means that all the major working parts are in place. The next important step is to get the working parts actually working! Then we can enjoy the detailing, sights and bipod. 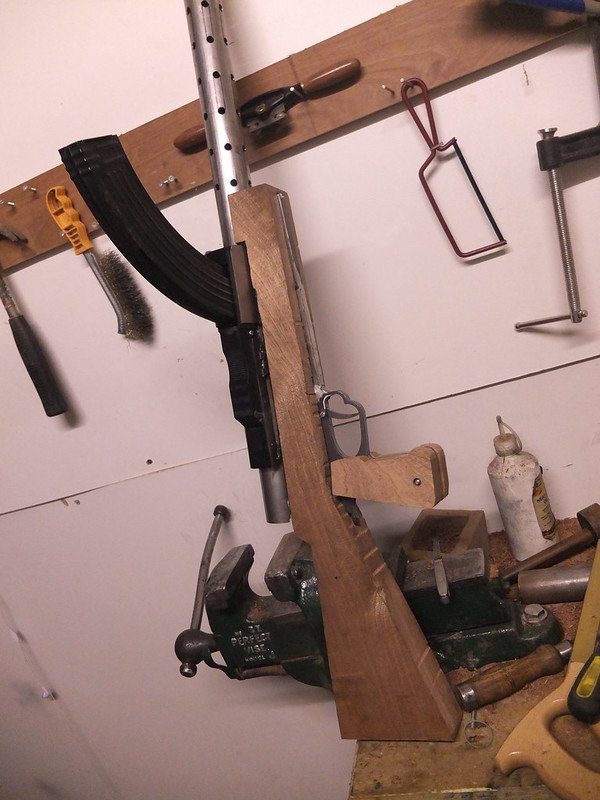 If you enjoyed this content join us over on Facebook and check out our Etsy store, and if you have an idea for a custom build of your own just get in touch with us on enquiries.vintageairsoft@gmail.com.