The M2 Mortar was a US light service mortar designed for close support by infantry at company level. These filled the gap between hand grenades/rifle grenades and the larger (81mm) M1 used at battalion level. 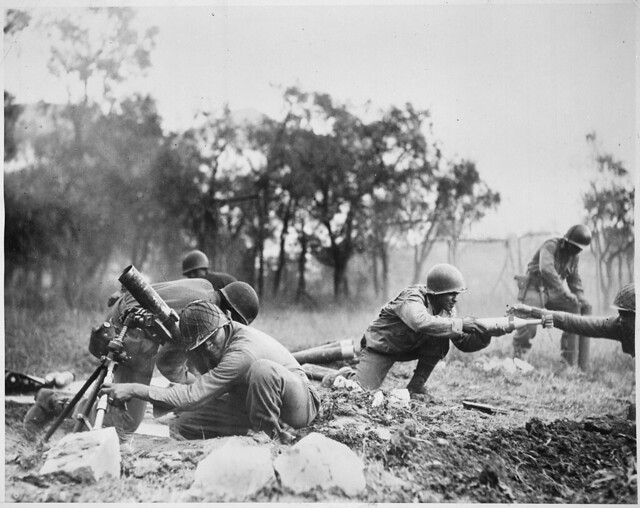 The 81mm mortar in use with a mortar company of the 92nd Division.

It has its origins, much like nearly every modern mortar, in the WWI-era Stokes design. It was smoothbore, drop-fired and used a bipod/baseplate system. 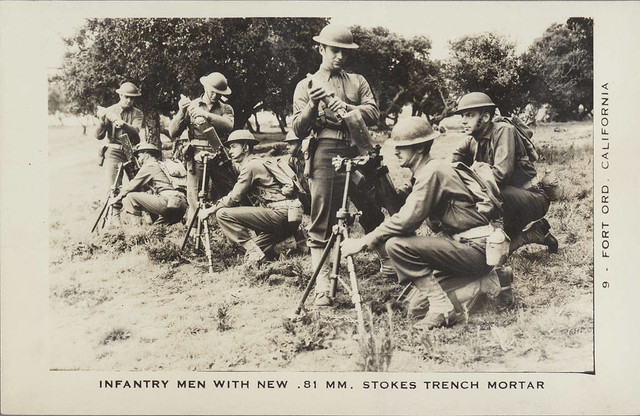 Doughboys with the WWI Stokes mortar.

Light mortars of the inter-war/WWII period fell into two categories: The first were simple, tubes held firmly by the user when fired and aimed by direct line of sight (such as the British SMBL 2″ and Japanese T89). The latter were complex, with coarse thread screws or other systems to control elevation and windage for very accurate controlled fire. 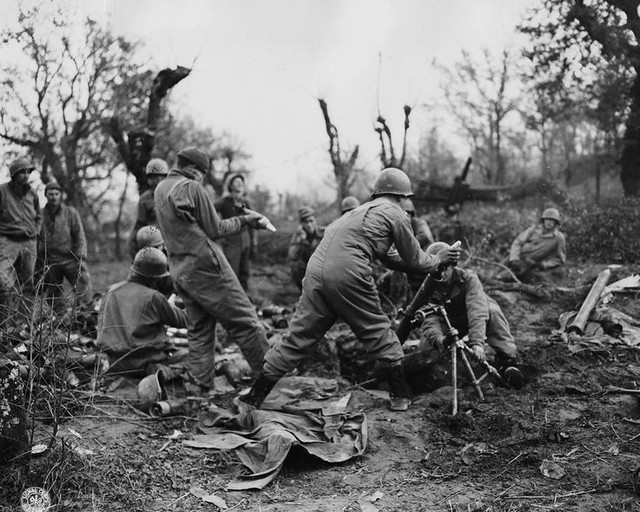 The M2 fell into the latter category, with an attachment for a sight that could be used for both direct and indirect fire. As a result, it could be used accurately at close to its maximum range (nearly 2,000 yards). 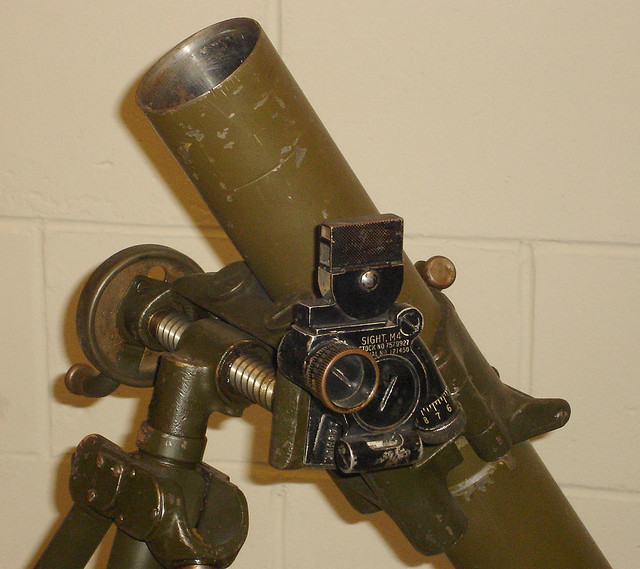 The sight used for the M2.

Post-WWII, the M2 served in Korea and numerous Colonial conflicts with the French, finally in Vietnam. The Chinese also locally produced their own copy. It was eventually replaced in 1978 by the M224 which is still in service today and increased range capacity by about 1/3rd.

You can see some footage of the M2 in action here:

The Airsoft version currently being built will fire TAGs and moscarts, with a possibility of using TLSFX shells as well.