I wasn’t quite happy with some of the pictures from the build post, so I’ve taken some more and added to them.

The bipod, now largely finished, I have welded the ring that goes round the cooling shroud shut and screwed the bipod in place. In some pictures of the LMG25 in use the bipod has been removed and it seems to be used like a heavy assault rifle of sorts, so I’m hoping to keep this removable. 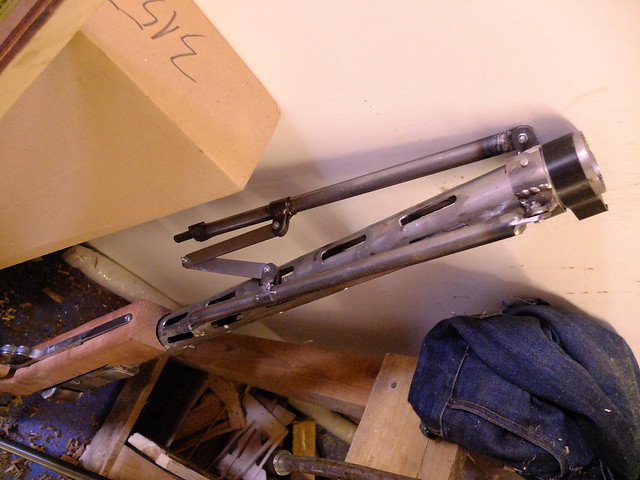 A better picture of the foresight, the print quality on this piece is really clean and the part is surprisingly solid. 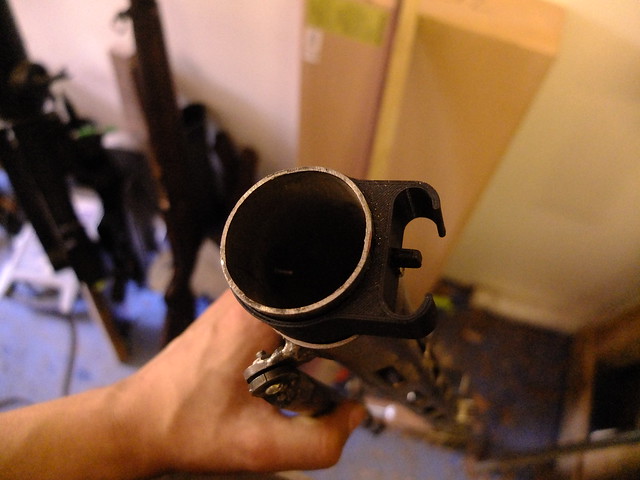 This was my initial idea for attaching the back-cap/battery compartment cover. Two neodymium magnets (which are very, very strong for their size) meeting the steel receiver. Unfortunately, it isn’t quite strong enough and would fall off easily when running about. I’m adding a bayonet lock for this to keep it solidly attached. 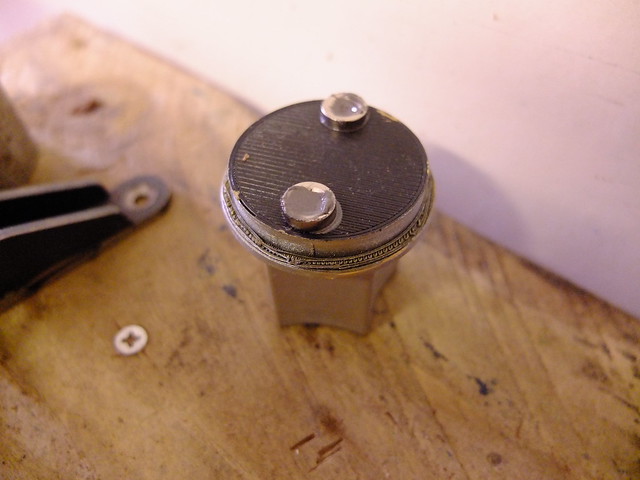 The bayonet lock is attached to the back cap with araldite. I’ll put two screws into the receiver for them to lock into. 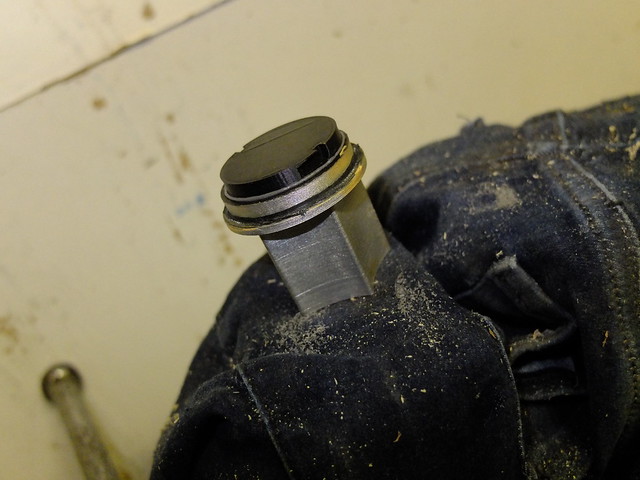 With the majority of the parts done, I started to prime them to keep the rust at bay. 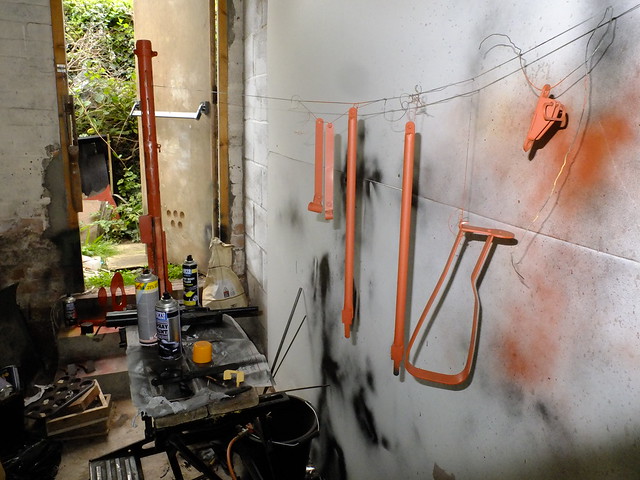 The rear sight has been 3D printed in ABS, along with the sight adjustment. I’ll be flipping it upside down so the screw head isn’t visible. 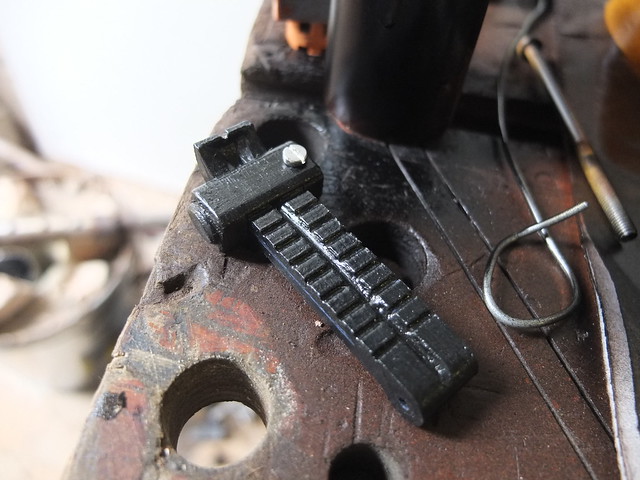 In situ on the receiver, this gives a surprisingly nice sight picture! The V-notch itself is a little on the small side, but the high position means you get a very nice view of the periphery. 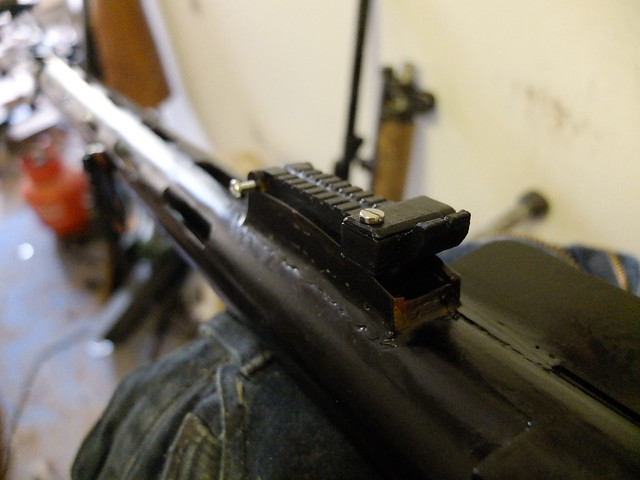 The back cap locks in really solidly using the new bayonet mount. I’ll have to trim down the securing screw so it sits flat of course. 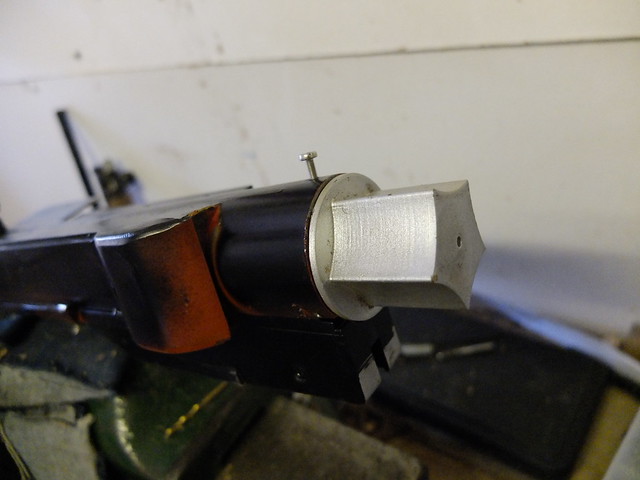 The cocking handle has been turned on the lathe, in steel. This was then drilled and tapped blind on the back side so it could be screwed onto the wood. 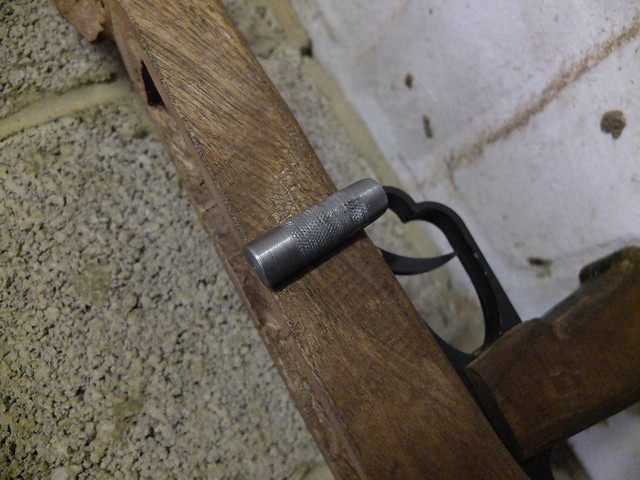 The muzzle has been 3D printed in ABS, it will be painted up and secured in place with a screw. The last few bits are just finishing touches, so this is the last build post for this project! 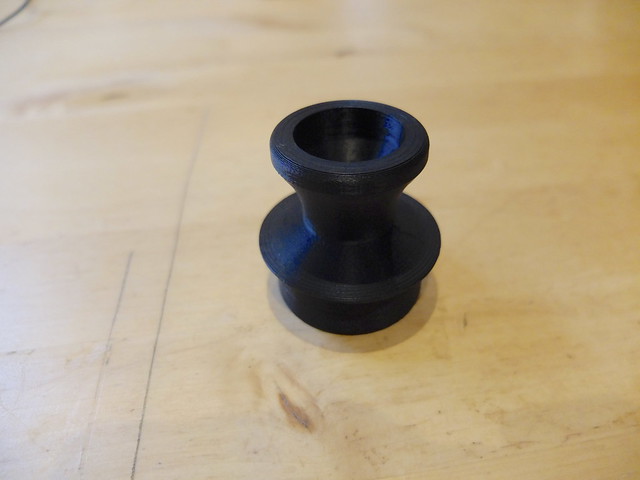