It has been quite a while since my last L42 post, which I finished with the famous last words: “There’s really not much more to do on this now.”

Well, there wasn’t on that one, it was alright when finished and I used it a few times in games but there were a few ways it could be improved, so I’ll share the improvements here taking over from the last build with my second model.

Most of the build so far has been very similar to the last L42 model. Where it differs mainly is around the receiver area. Previous models have been quite skinny and lightweight, but I’ve found them a little unsatisfactory so have beefed up the latest design and built it around the rail that is mounted on the standard VSR I use. This should help to pin it down and keep it solidly mounted, which will improve accuracy with iron sights and provide a more solid mounting for scopes. 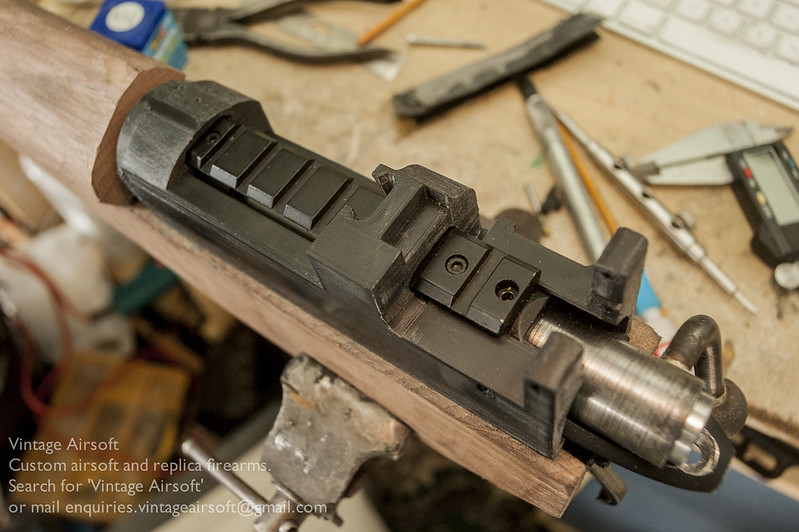 The side plate in place, this will need permanently affixing. 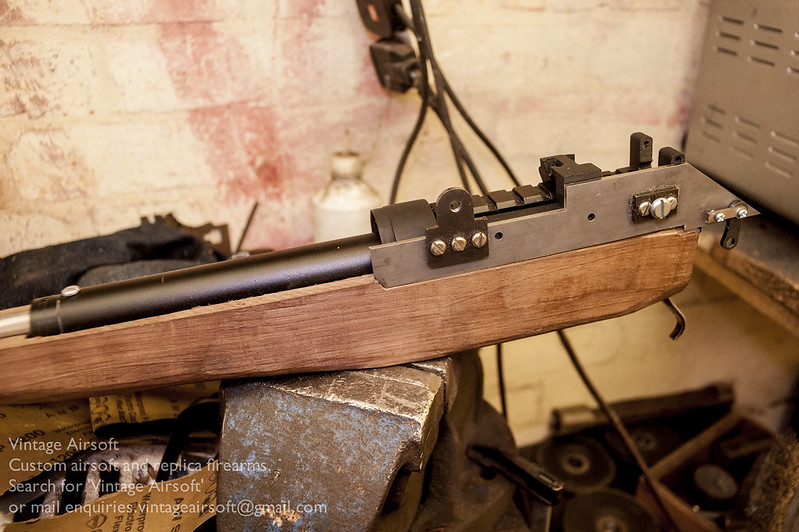 The side plate protrudes slightly further forward than the rest of the faux receiver, a minor mistake I will correct in a future version of this. 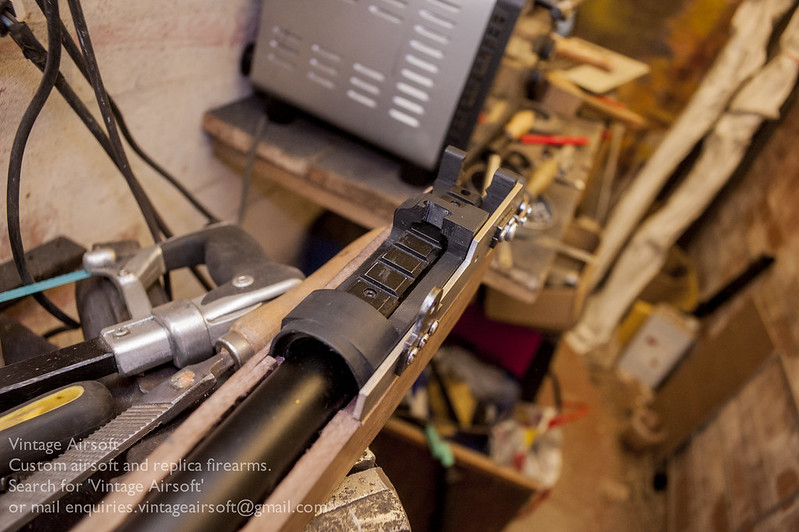 The top guard now slots in under a securing bracket that is part of the receiver. I’m hoping to do away with the securing screws used in the previous rendition so that the only hole will be for the hop unit adjustment. 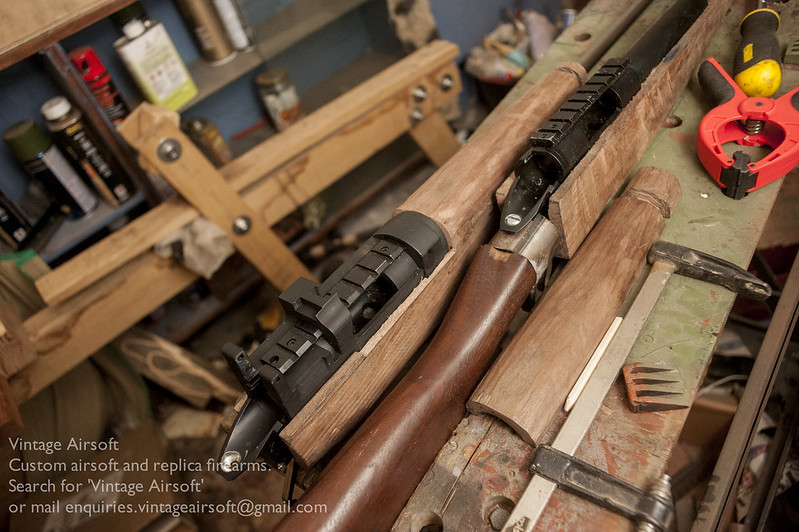 The new rear sight in place. This is a slightly nicer one than my previous sight with some milled parts rather than being entirely pressed steel. 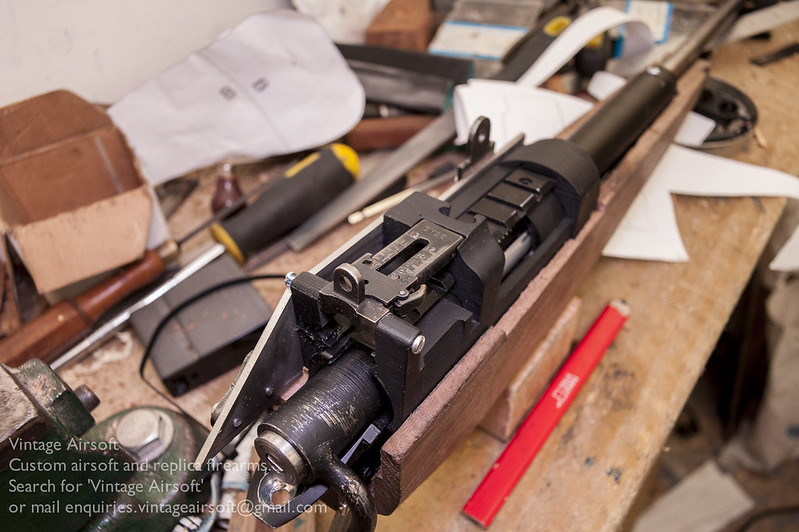 The inner barrel cut to length and re-crowned on the lathe. I made a barrel support and spacer plug in plastic. 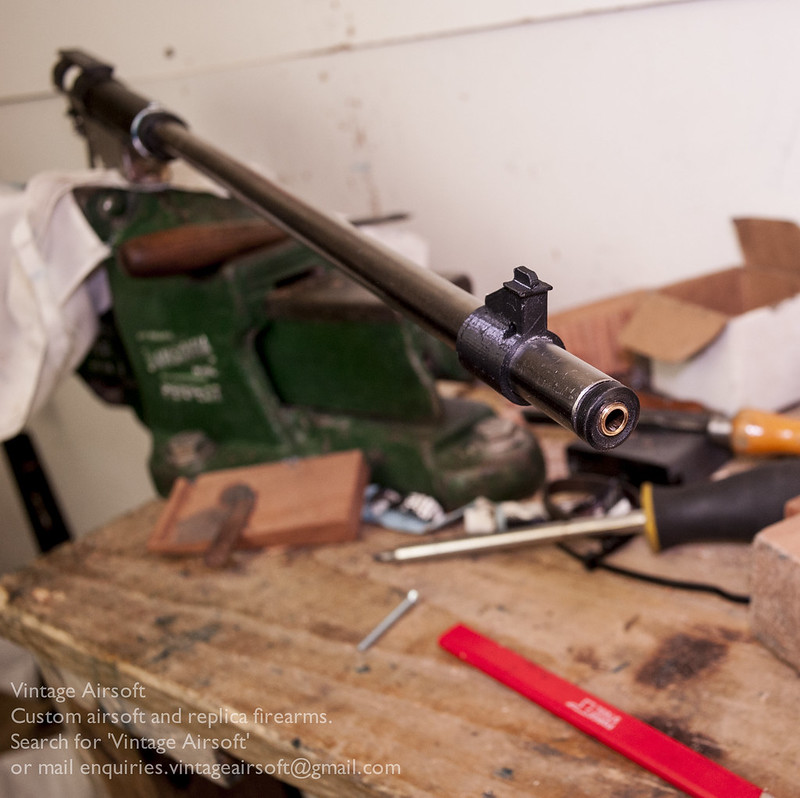 A dry assembly of nearly everything. I need to get the scope mount finished and fit the foresight guard. 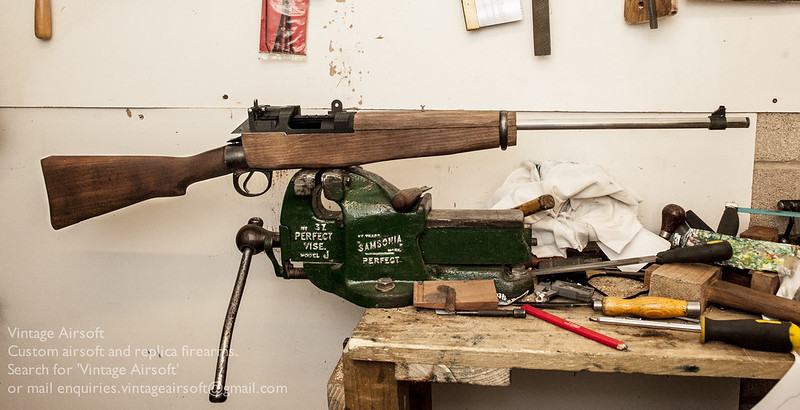 The receiver isn’t lined up perfectly, this is the sort of thing the dry assembly is to pick up. I can make these tweaks before applying the metal and wood finishes. 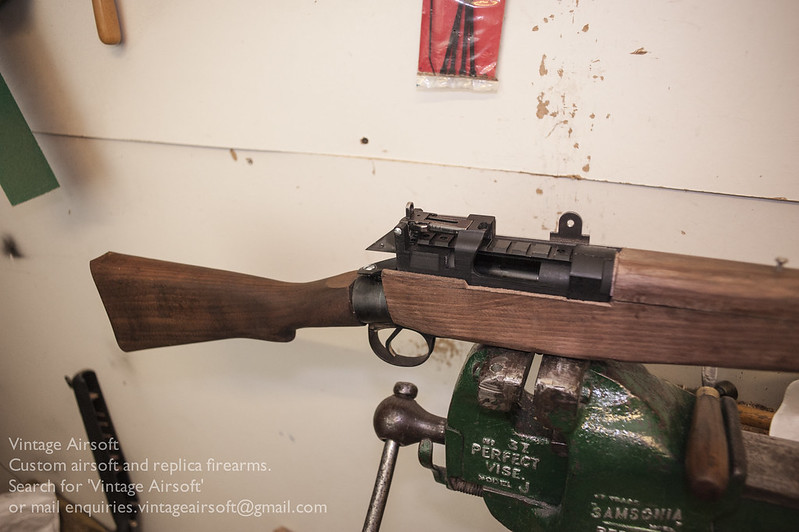