I’m writing this as I’ve seen quite a few posts recently where someone has bought a load of gear and posted their shiny, new impression that they are thrilled with – only to be put down instantly and told everything is wrong. 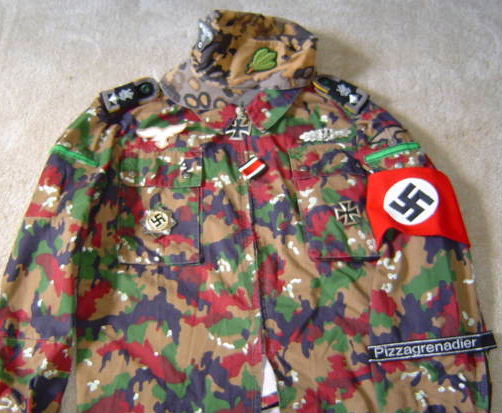 Just… no. German WWII camouflage was distinctive, there are very few post-war patterns that look even remotely like it.

Here’s my advice to create an historically valid impression using general rules that can be applied across eras. This is more aimed at historical accuracy rather than filmsim levels of accuracy, as those guidelines are a good bit more flexible.

At a later date I, or guest writers, may produce guides on specific impressions.

If historical impressions interest you, looking through a tonne of original photographs isn’t a hardship. The more you look at, the more you learn about how people from your chosen era set up their clothes and equipment in real life as opposed to in the field manuals. 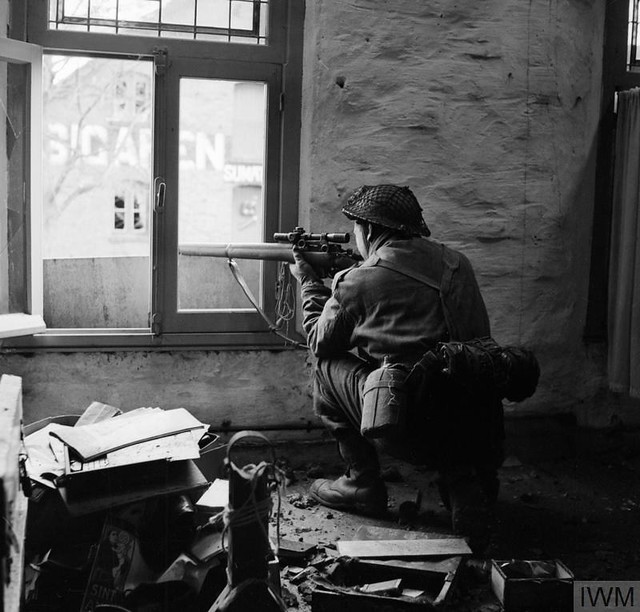 When looking through pictures, try and find photographs of the unit you are portraying. This isn’t always easy, but if you are familiar with the role your unit fulfilled you may be able to draw parallels from other similar units if they worked in the same theatre at the same time. 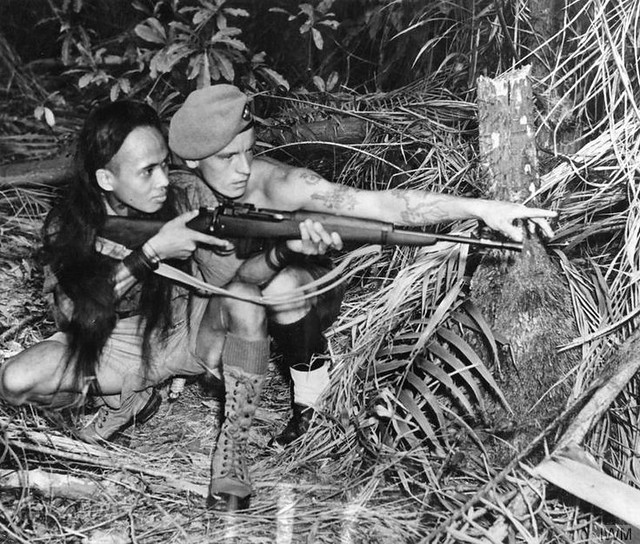 Yeah.. you can play airsoft shirtless. I wouldn’t recommend it though.

If you have a low quality image that  you don’t know the original source of, you can use Tineye reverse image search to potentially find more, higher quality versions and maybe even some context. 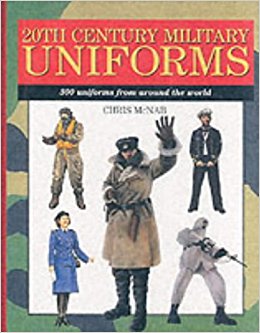 If you are starting completely from scratch, Osprey books are not a bad place to pick up some of the basics. They usually have an excellent selection of colour illustrations which are taken, more often than not, from original photographs. These are accompanied by commentary on the basic items and the peculiarities to the individual.  Some of their books are very general, say looking at soldiers from a particular century, but others go into much more detail on all sorts, even WWII Croatian Legionnaires. 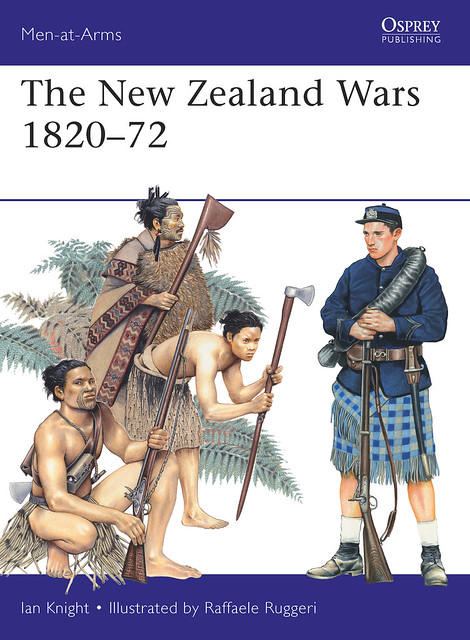 As I said, Osprey get pretty darn specific….

By all means use modern kit guides. For specific airsoft ‘genres’, be they WWII, Vietnam or Cold War you will find good guides for basic impressions which are a great way to get started, but do a little of your own research and make the impression your own. I’ll include links to some of these at the bottom.

Equipment changes and during times of intense war, weapons and gear can change either subtly or distinctly. As a general rule, if you use earlier equipment you can excuse it being used later. Yes, Pouch B may have been issued to replace Pouch A, but they were not all replaced overnight. There are limits to this of course, the British Army had stockpiles of 37 pattern webbing into the ’70s, that doesn’t mean it was being actively used!

Military memoirs are often written with the warm glow of hindsight, sometimes looking to glorify or justify the writer. I would take them with a pinch of salt. They are however somewhat more reliable than accounts by historians if taken in context and contrasted with other sources of the same events. Let’s just say that no-one I know of used a 4.5mm pistol in WWII. 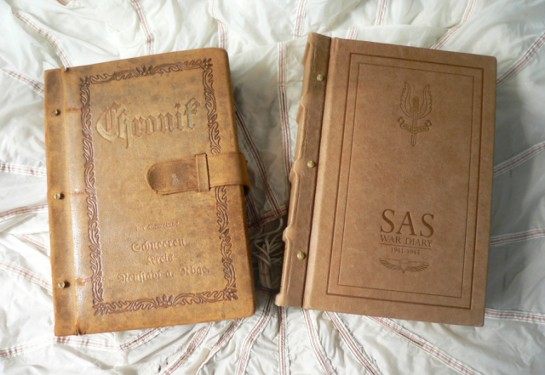 Original sources are best. Just remember who wrote them and why!

With written sources, the closer they are written to the events they describe occurring, the more likely they are to be reliable. That said, beware of Unit War Diaries/logs. Promotions, demotions and bollockings could depend on these, so the people who wrote them made sure they and the people they needed to impress looked good.

I’ll include talking to veterans here as well. Remember that if someone is talking about events that happened decades ago, their recollections may not be 100% reliable but you’ll come away with a better ‘feel’ for the events that they experienced, which instil has value.

4. Balance the exception and the rule. 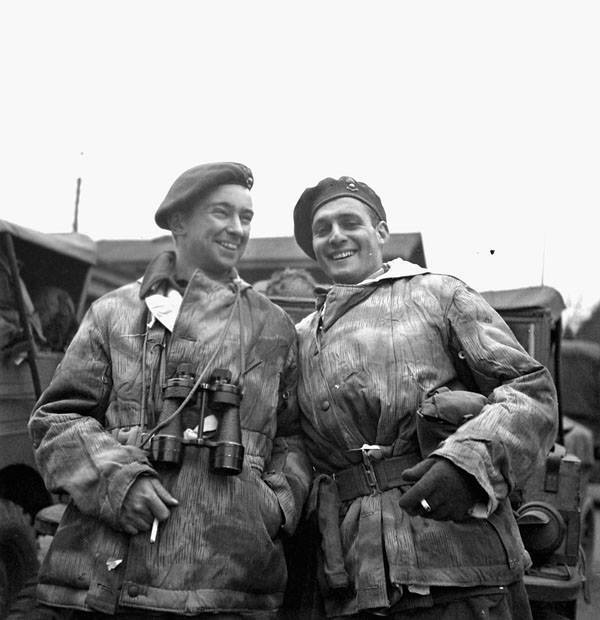 What a pair of farbs! Oh, wait, these guys are original WWII farbs. These chaps are definitely on the far end of the non-standard spectrum and turning up like this will probably get you shot by your own side as well as the enemy!

Some people are very strict on portraying only the most average soldier, using only the most average, issued equipment. I don’t have a problem with people doing this, but remember that real soldiers ≠ tin soldiers. Yes they would do as they were told and carry what they were issued, but if you had to traipse through North Africa and Italy from 1940-1944, you would use and do what worked for you if you could get away with it.

A really good example of this insert is the low-leg tanker holster for the .38 Webley. In WWII, these holsters were used to some extent by vehicle crews, but you will see quite a few other British impressions with them. 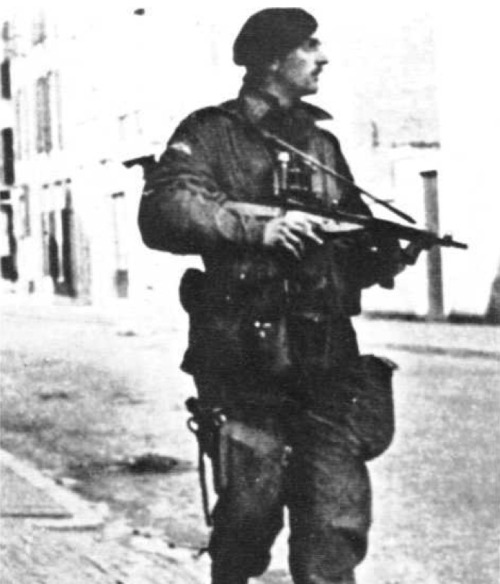 There’s two pictures I know of where this happened (this and a man killed in the St Nazaire Raid), from which you may surmise a couple of people did it. However this was not the norm, it just appeals to people who like the idea of some WWII-tacticool. Not that there’s anything wrong with that, just don’t make every single item of your equipment simultaneously some kind of modified coolness you sourced from a dozen different soldiers.

5. Enjoy creating and using your impression.

Only start buying kit once you have the basics pinned down, whatever way you decide to do your research. There is a great deal of satisfaction in getting something well-researched and authentic put together and if you play with other, like-minded folks, they will notice and appreciate the effort you have put in. 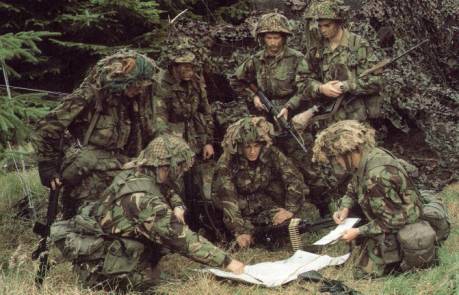 On the flip side, if you turn up to an historical event having put no effort in at all and looking like you have time-travelled in from 30-200 years in the future it’ll upset people and in a community like that you have to pull together to create an impression that makes it good for other people too.

But remember it’s airsoft. If your magazines won’t fit in the correct mag pouches, you can either keep them in a satchel/pockets or you can find the next best pouches. The important thing is to put the effort in. Once you are familiar with a genre, keep any advice to newcomers friendly and positive!

Your can buy our products and support Vintage Airsoft through Etsy.

Imperial War Museum collections Original photographs, artwork, films and objects. This website can be a bit clunky to find what you want, but worth perusing when you have time.

Bundersarchiv picture database I’ve not spent as much time on this as I would like, but loads of photographs to search through. Ideal for German impressions.

Cold War Airsoft have some simple kit guides for various period forces in the European theatre.