The Sten MkIV has very little written on it, so this introduction will be rather short.

It was an experimental design to make Britain’s Sub machine gun more compact. This has several possible reasons, but the most likely seeming to my eye (lacking access to original documents) is the Airborne theory. A more compact sub-machine gun than the standard Sten MkII and MkII would make sense for airborne troops and this definitely meets that requirement.

This was ultimately met by the Mk5, which could have its buttstock removed and replaced with a blank backplate.

There were two versions of the MkIV, the ‘A’ which had a hand guard style trigger guard (some say to accommodate arctic mittens) and the ‘B’ which has the trigger and pistol grip advanced to halfway down the receiver. This was apparently an improvement but not enough it would seem! 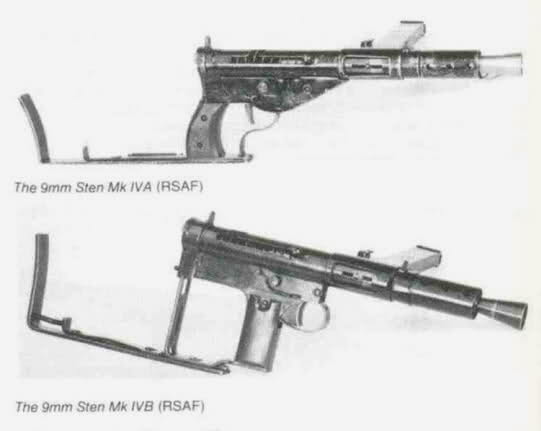 The reason the MkIV was rejected during trials was that it was ‘uncomfortable to fire’. This does seem a little bit ironic seeing it was designed to replace the ergonomics-violating MkII and MkIIIs, but judging by what was eventually adopted the general effort was towards a significantly better gun comfort wise rather than a slight improvement.

The other possibility is that, being much smaller in the body than a ‘normal’ Sten (especially in the barrel) the recoil, muzzle blast or ejection may have been pretty bad. It’s pretty much impossible to say without access to trials reports or getting to fire the (so far as I can tell) only remaining piece at the Royal Armouries. I suspect it will grow legs and walk out before I am allowed to do that however! 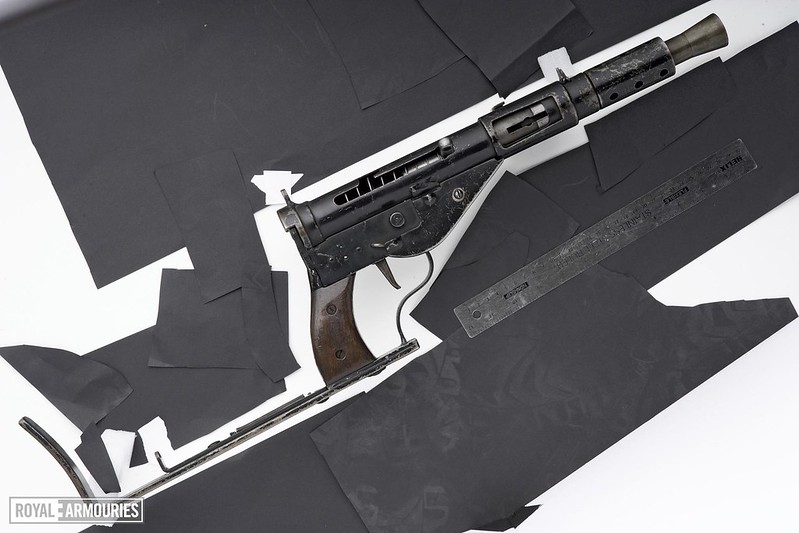 I’ll be making a MkIVa replica based on the example in the Royal Armouries, as a bit of  change of scene from the bolt actions and machine guns I’ve been building a lot lately!

You can see the build and completed item here. You can see more Sten projects here.

P.S.: Bonus photo of a suppressed MkIVa apparently in the NFC, Leeds.