The aim of this build is twofold. In the previous G43 build it was a conversion from a wood-stocked M14. There were two problems with this:

So as the G43 is one of my most asked-for builds I have finally come up with a solution. Making a stock from scratch is the simplest way to go, this one has taken a bit of time to get right but I now have a design I’m confident of. 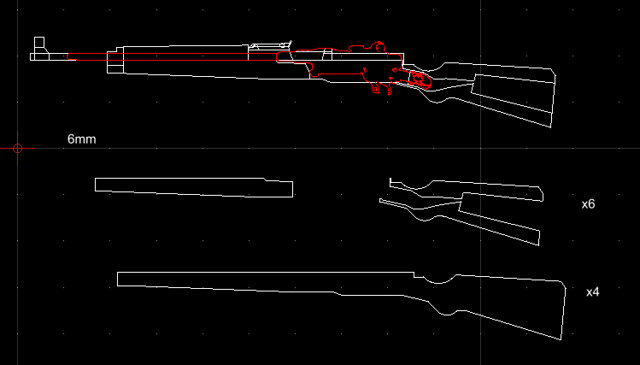 Laser cut from ply, the parts are stuck together one layer at a time. 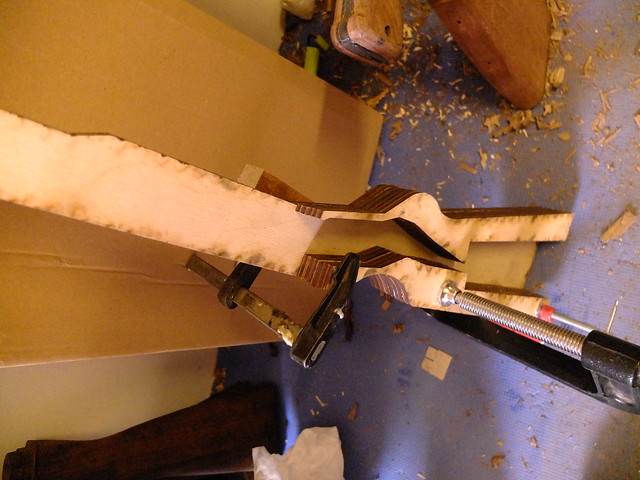 Checking the fit, the ‘lightly’ modified M14 action slots in. At this stage my main concern was the motor space as it is snug by necessity for strength. 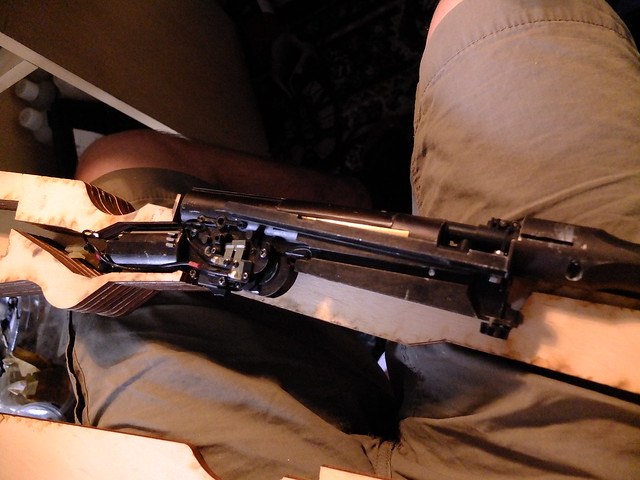 Out of the second side, I have to cut a section to fit part of the M14 receiver. This is chiselled out and is invisible from the outside of the rifle. 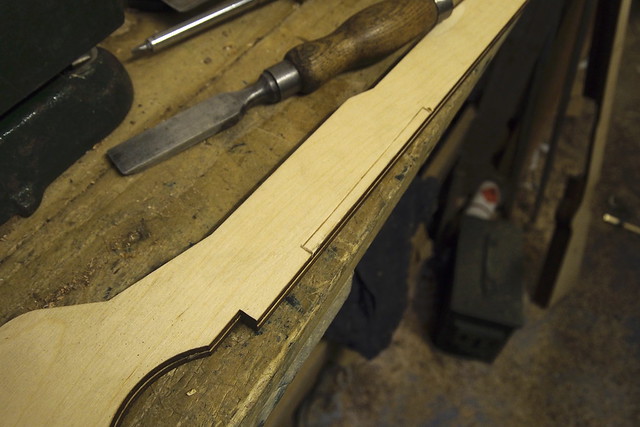 In situ, the only part out of place here is the rear-wiring, which would normally live inside the stock. However it needs re-soldering on the motor here and doesn’t go in easily as such. This will be solved easily enough though. 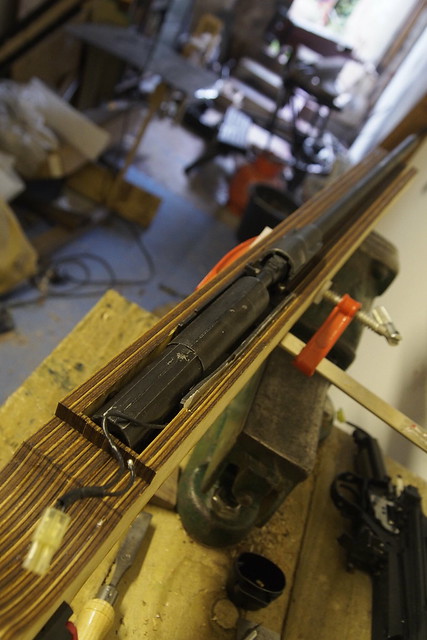 The second side glued and clamped in place. I’ve put the battery transfer wire through from the battery compartment (in the buttstock) through to the motor housing. 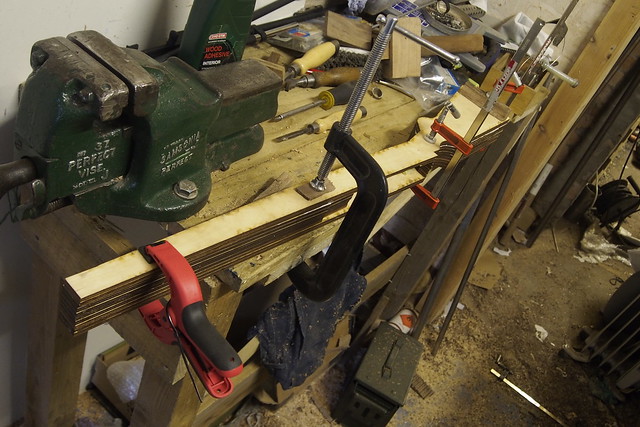 The action fits in snugly, and I fit the repro front cap provided by the client. 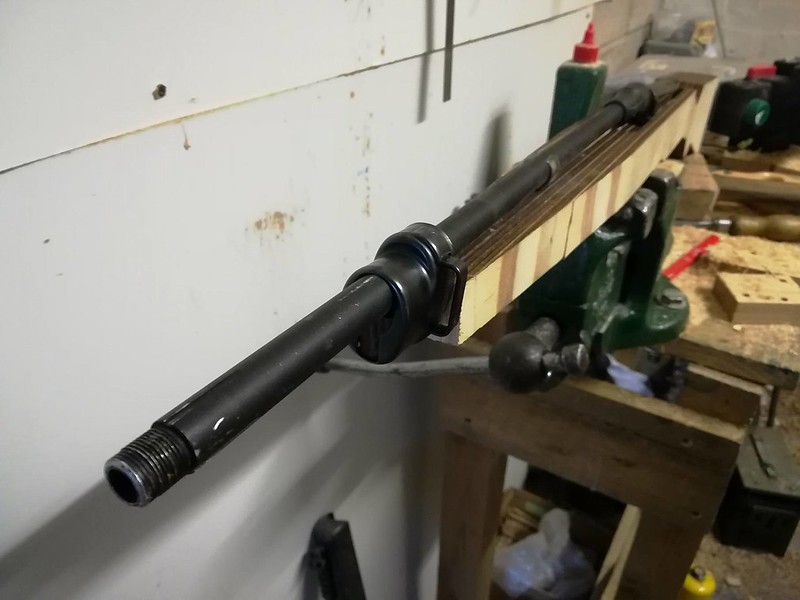 Although the donor action looks weirdly bent, that is the shape of an M14 once you strip the receiver bits off. The nozzle goes up into the feed ramp at an angle. It’s weird, but it works. 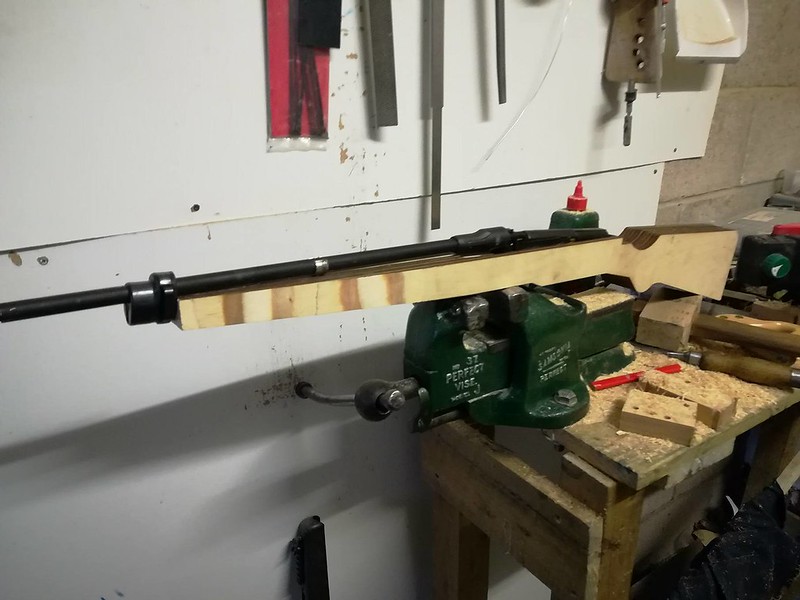 The next step is to create the faux receiver. I designed it for 3D printing. It may need a little tweaking to fit around the gearbox. 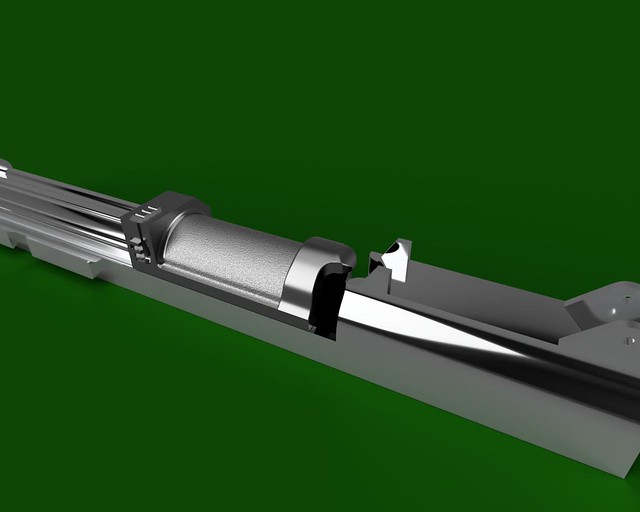 My initial design will need a little tweaking to fit around the gearbox mounting but the majority of the work is done. 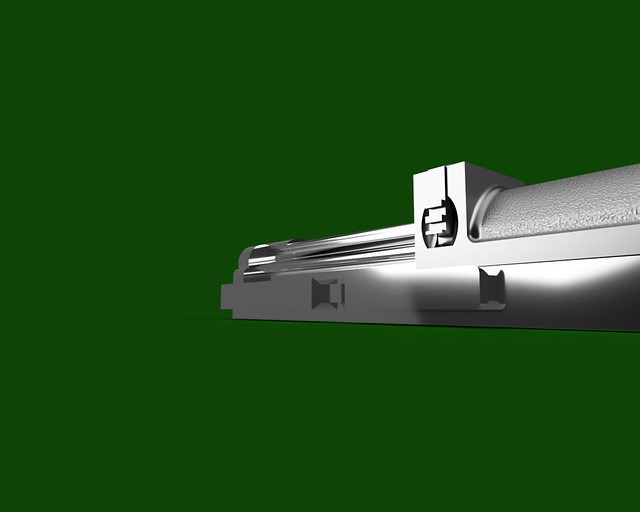 I am hoping to have an opening receiver. Although it’ll have no function, it’s one of those touches that is nice to have. 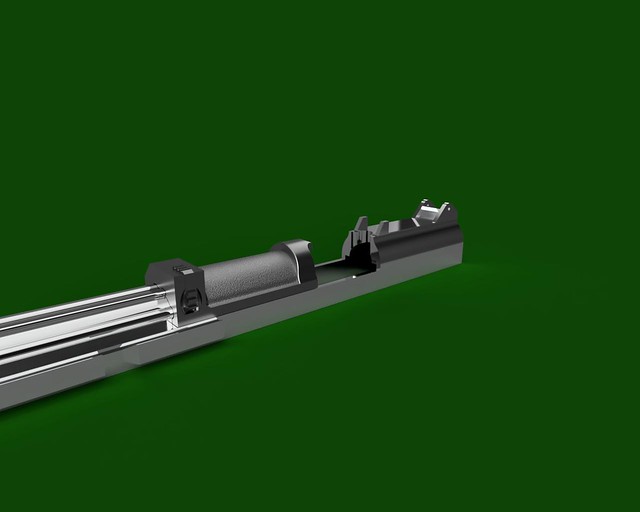 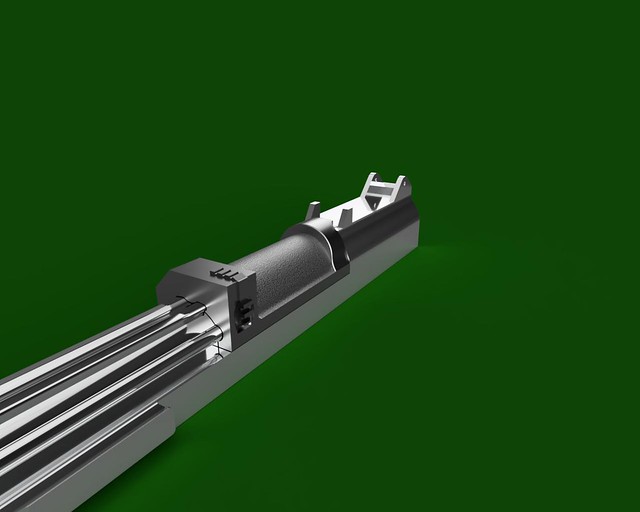 More of this build coming soon!

If you would like to find out some of the history of this rifle, you can see my long-ago written intro to the G43 here.

If you enjoyed this article, join us over on Facebook and check out our Etsy store. If you have an idea for a custom build of your own get in touch on enquiries.vintageairsoft@gmail.com.