Though I say so myself, she’s rather nice. When I first took on the MAS 36 build, it was just an interesting commission. Now, I rather want one. A fascinating rifle and it’s satisfying to have an airsoft version of it.

The far side, showing the sling arrangement.

The rear sight is designed along the same lines as the original. 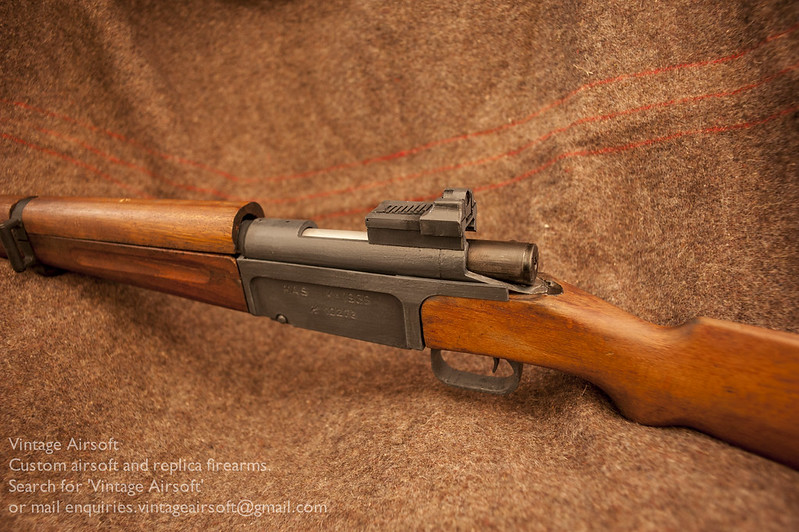 To adjust the elevation, you press down the leaf and move the slider. The markings are visible in this picture as well, recessed deep into the receiver like the originals 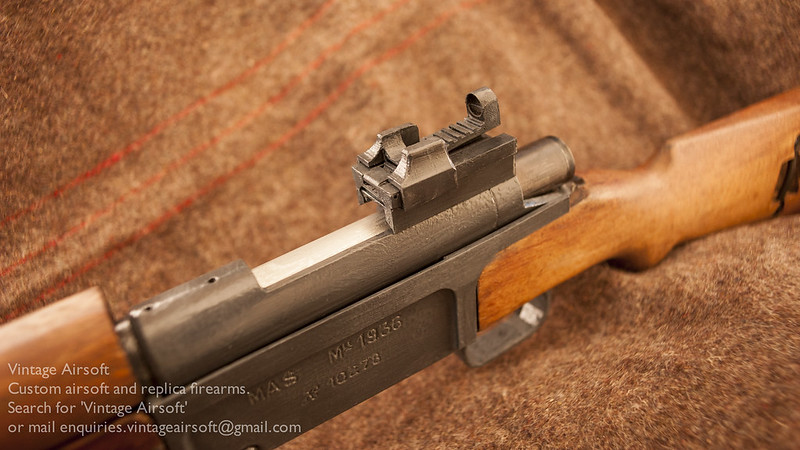 The VSR magwell, shared between the foreguard and receiver. As you can see, this is the MkII magwell, which allows you to fit an extension if you struggle with the catch, useful for cold weather if you have to wear gloves. 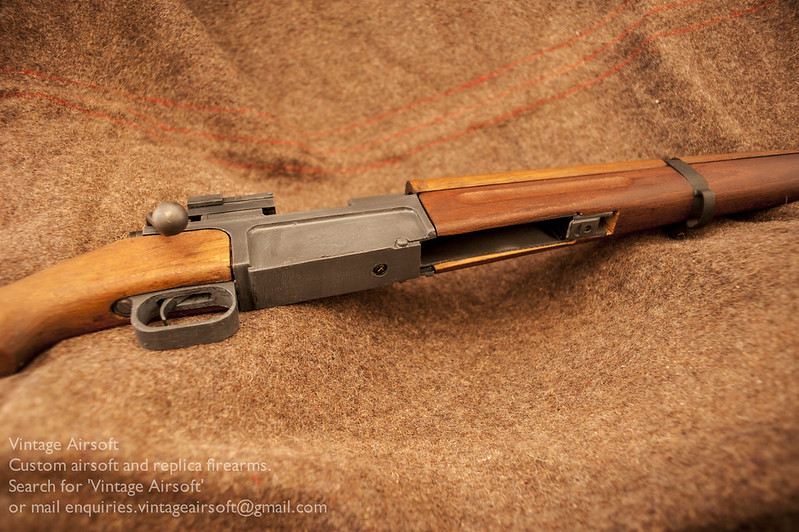 The 3D printed middle band. It should be strong enough for use as I thickened it quite significantly, not to mention the steel screw running through it 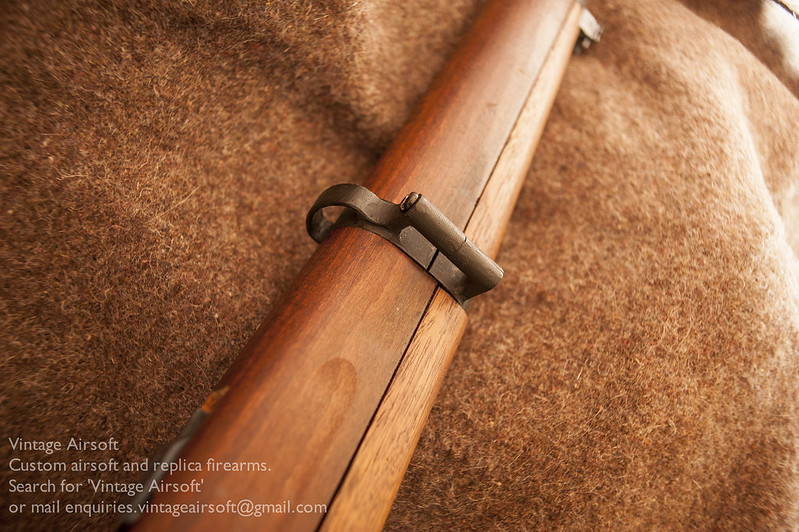 The original woodwork really adds to this build. As and when I can do another I may make the top guard a good bit skinnier. 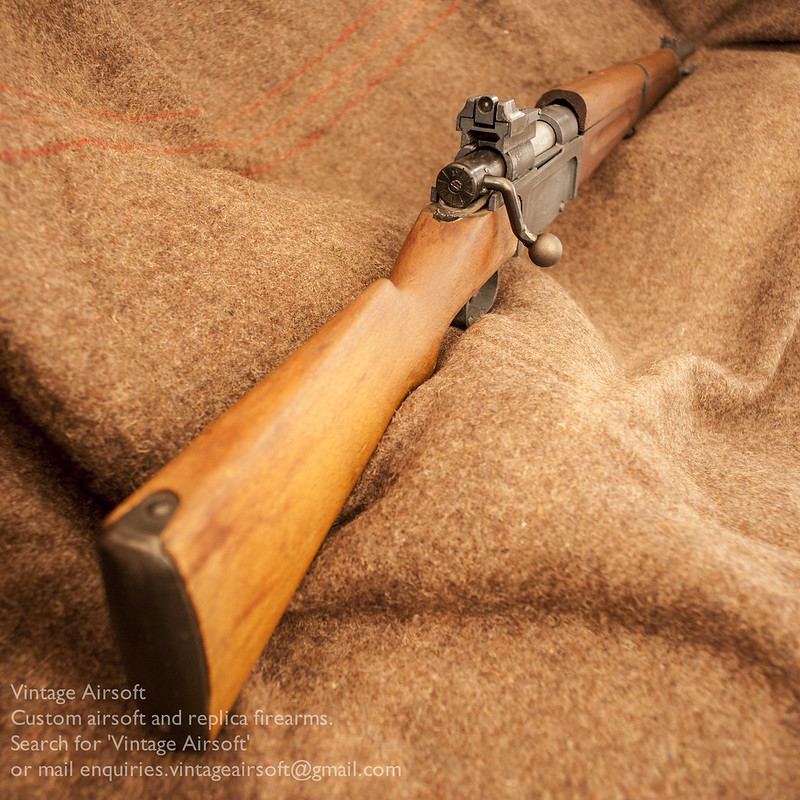 The bolt, all oil finished. Though I say so myself it looks the part. 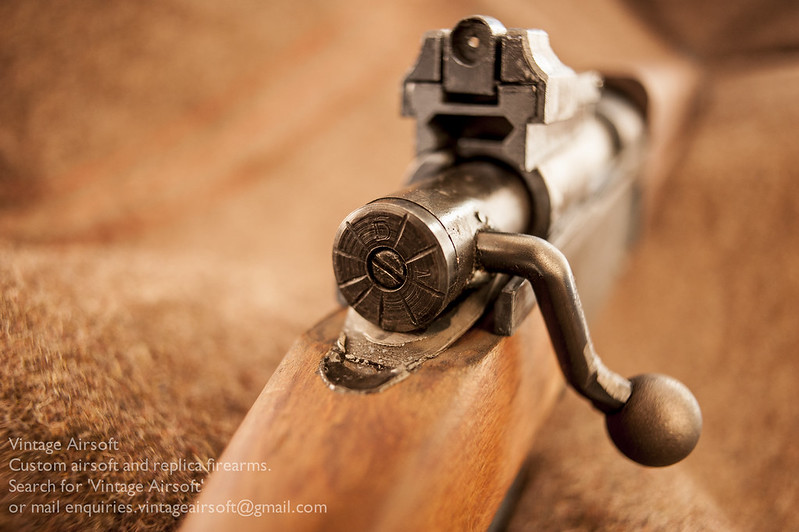 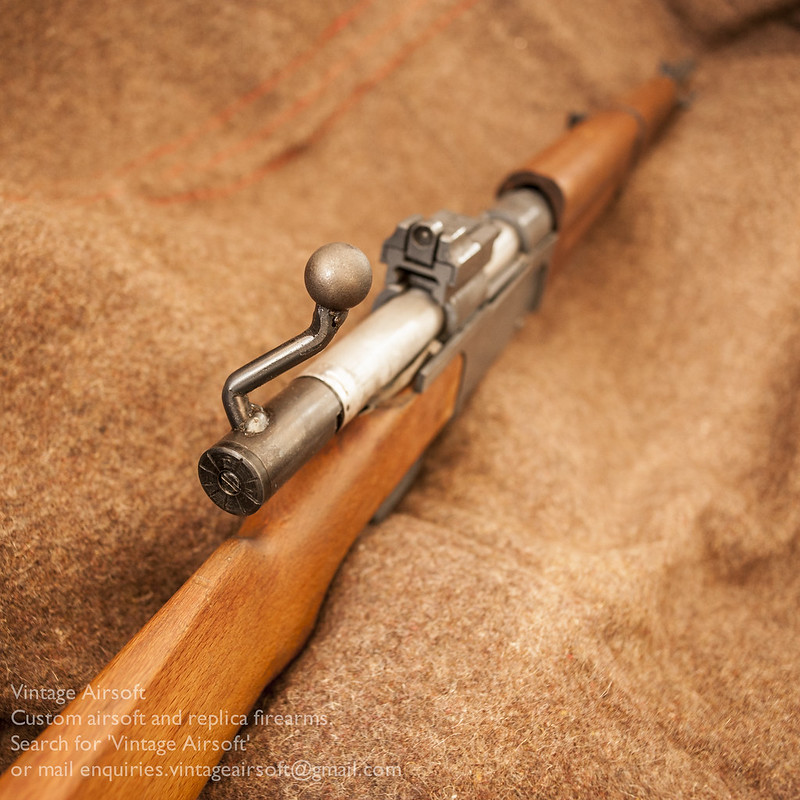 At the front, something important was missing. I realised it was the bayonet. I had a MAS bayonet mould made up already for the FG42, so I made another and adjusted it to fit. 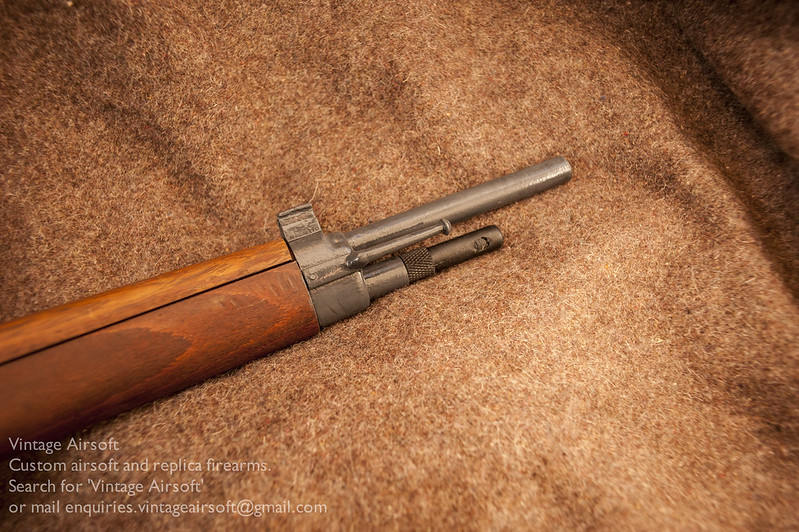 Every rifle wants a bayonet really, but especially when it is built in. This one has a plastic stiffener running through it to prevent excessive wobble. 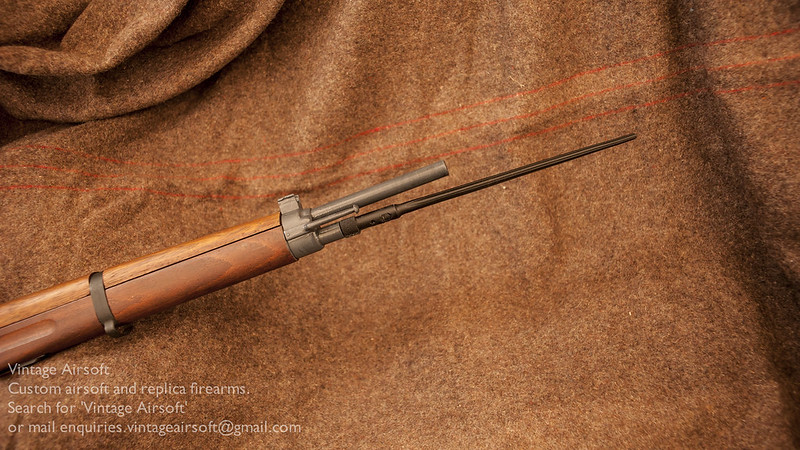