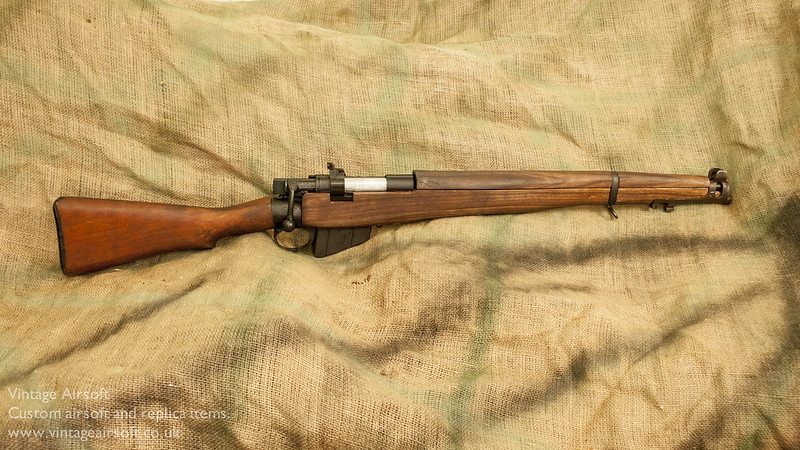 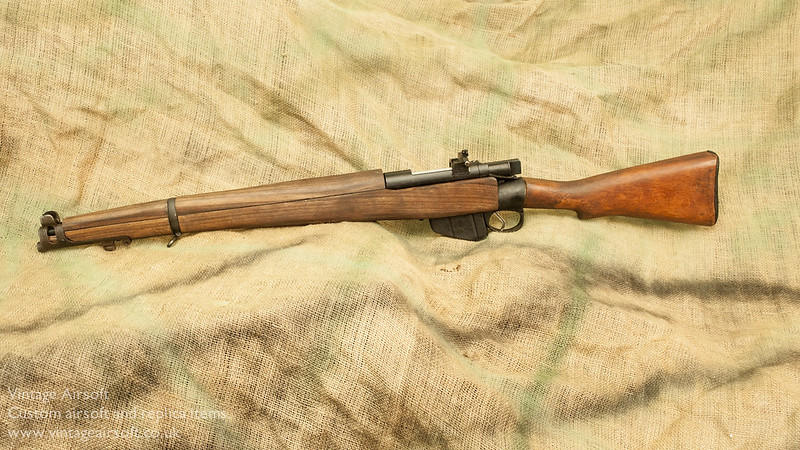 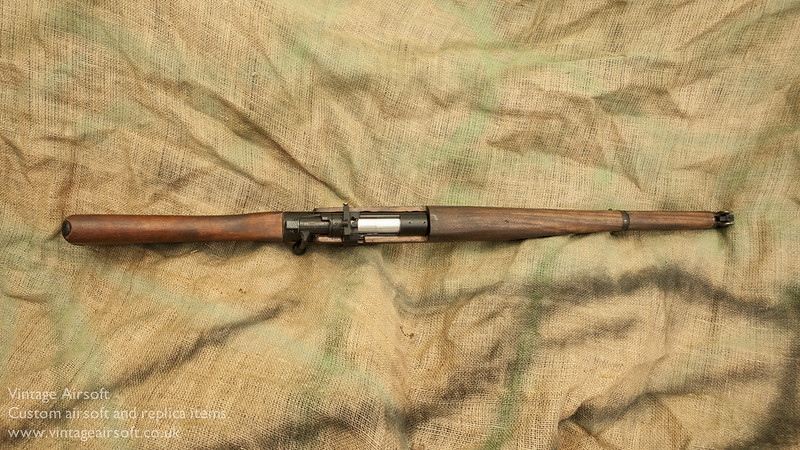 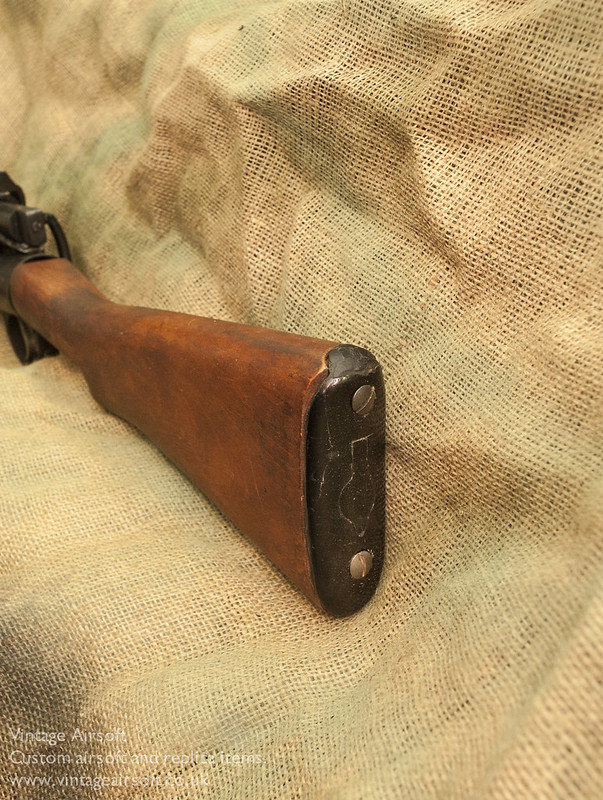 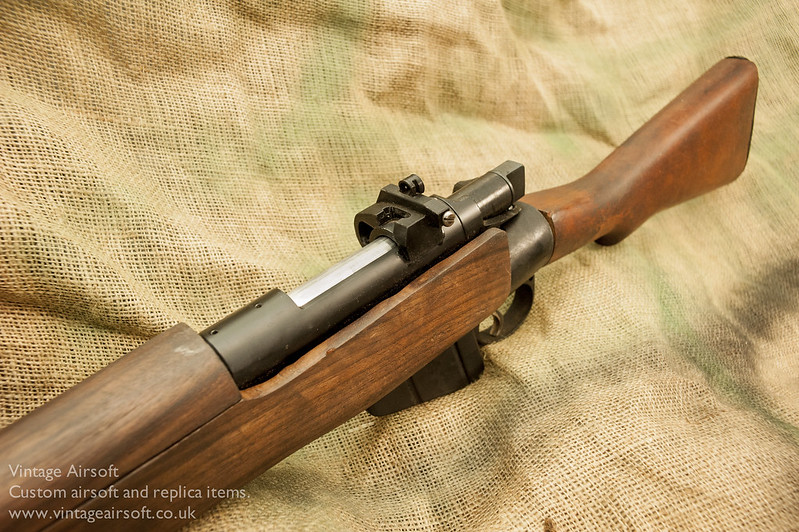 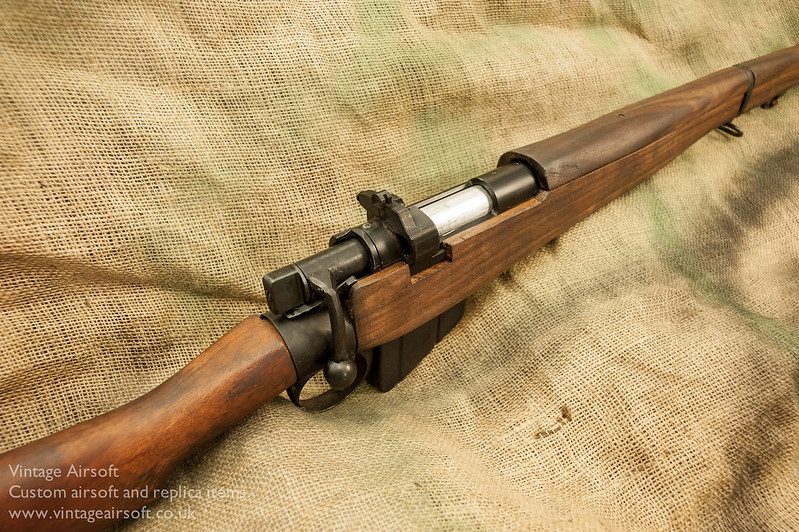 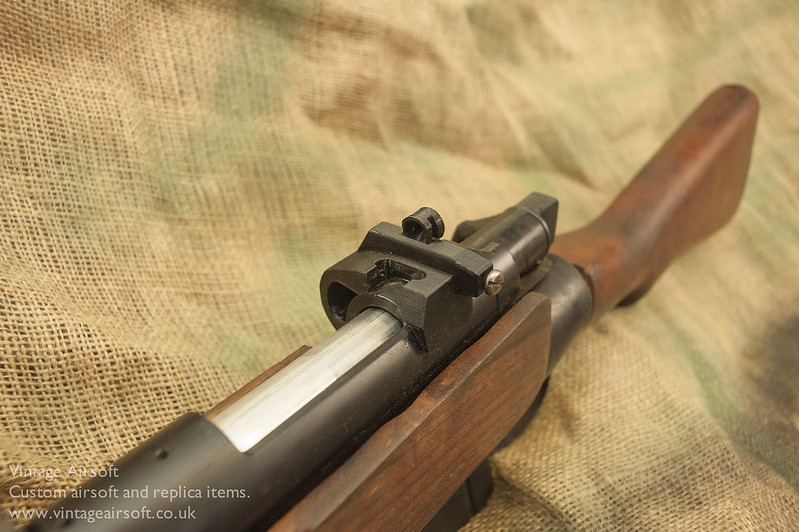 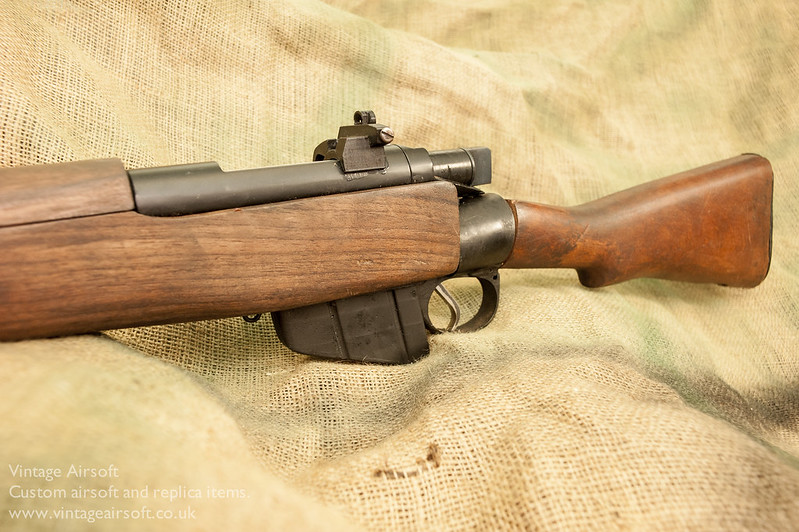 A while ago I finished the first of a new pattern of MP28. There are a few differences between this and the previous versions. 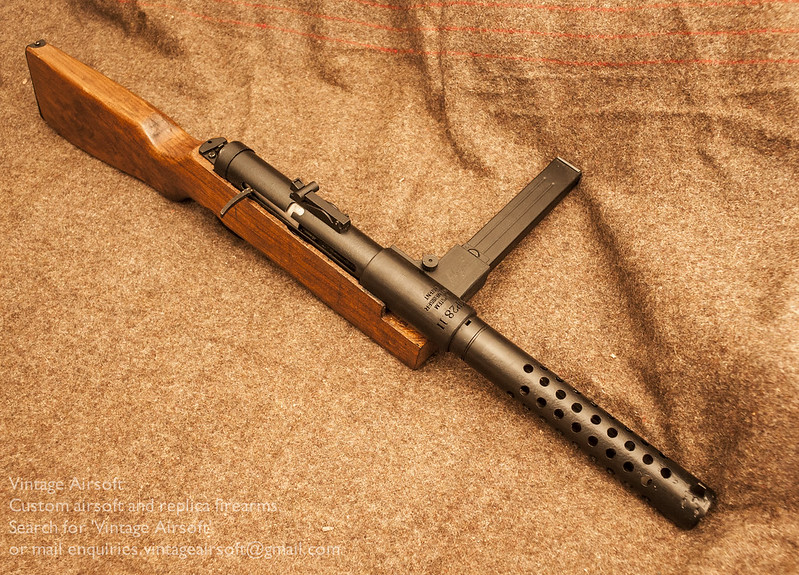 Firstly, I have used a new hung-back trigger, which reproduces the trigger location more realistically than previous versions. The stock wrist is also slightly thicker to allow a wire to run to a battery compartment in the stock. 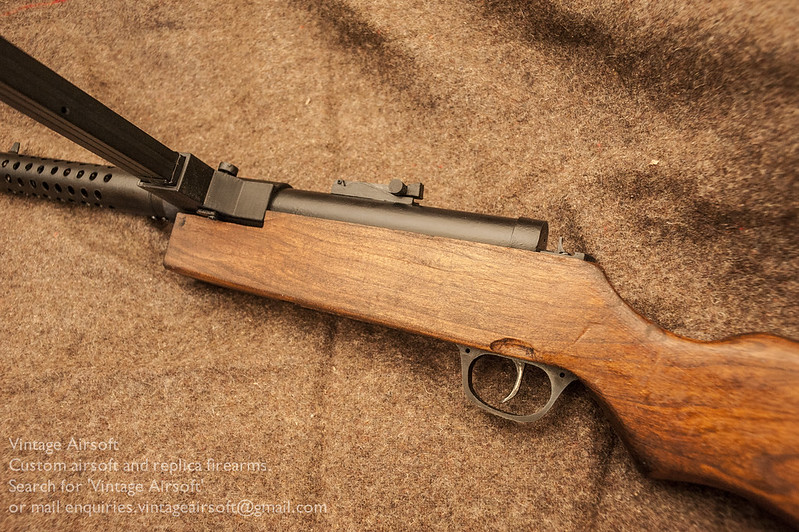 I have formalised the battery compartment cover, accessed by loosening one screw and levering up the cover. 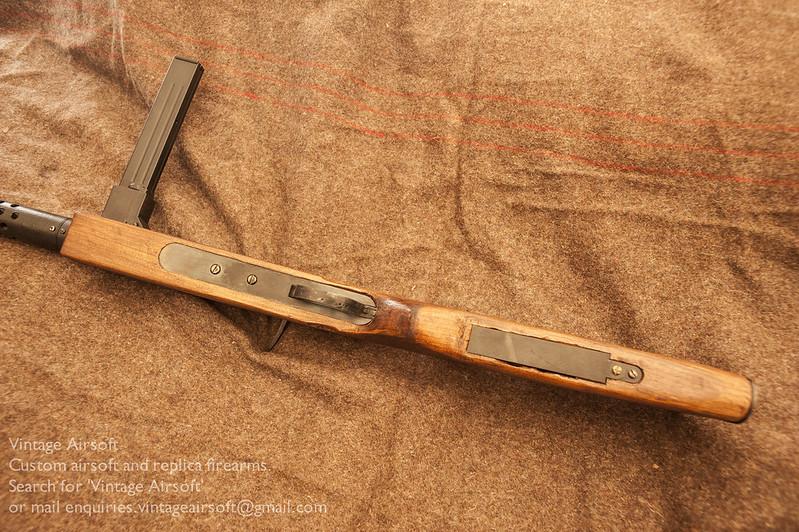 The rear sight is now a simpler, non-windage-adjustable pattern. Elevation is still adjustable via the sight leaf. 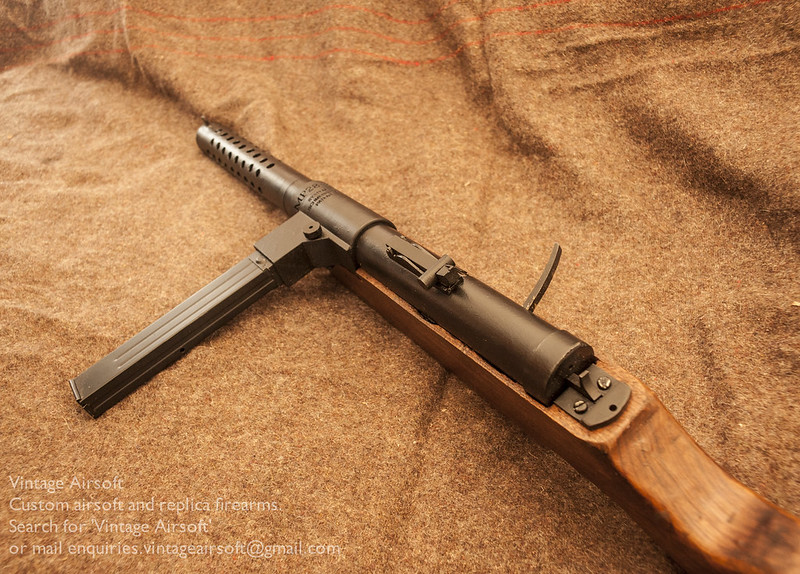 The magazine well is an all new pattern. This allows me to produce a more accurate magazine well and adds in details I couldn’t possibly do by hand. I think all will agree that these markings really do look the part and really add to the replica. 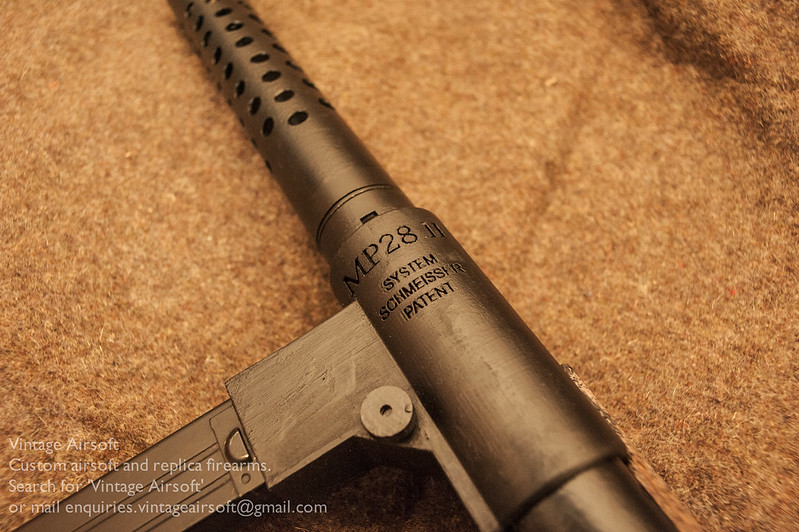 The new buttplate pattern, slightly slimmer than its predecessor. 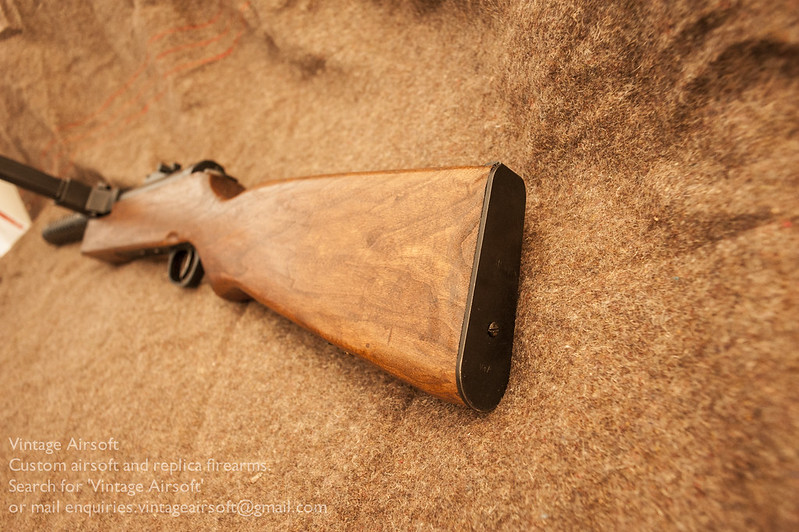 If you are interested in the history or would like to see the first build you can find them here.