This build will be another based on the ever trusty AGM Sten! The first step is to strip off the unneeded bits, grind down the unwanted protrusions etc… 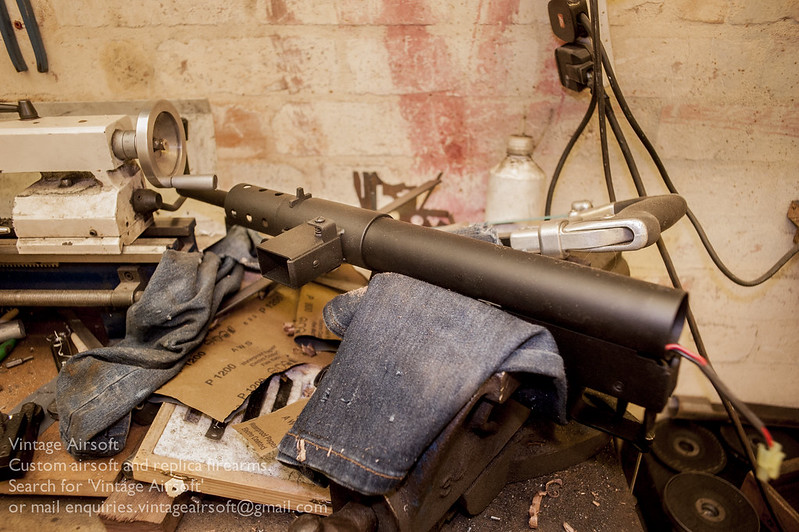 Then I could start tack welding the cradle together to form the receiver. Once all the parts are in place and squared up I’ll weld them in place permanently. 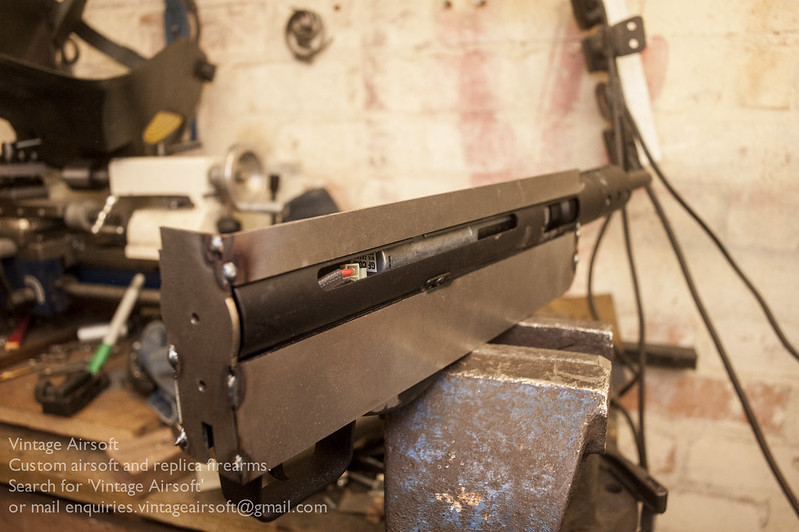 Next up, I’m assembling the bipod. With builds like this it’s good to reduce the number of floating parts as quickly as possible, otherwise things have a habit of vanishing into the ether. 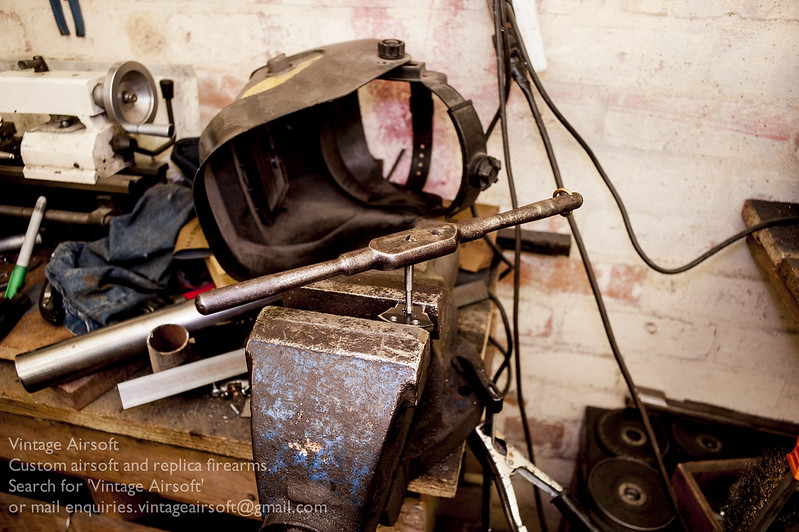 The top part of the bipod pivots forward and folds back under the barrel shroud. The legs spread only as far as the limiter allows. At the bottom of each leg is the distinctive  ski-pole depth limiter. A spiked bipod is great for a solid mounting on soft ground, but once it gets too soft they tend to dig in so these will stop it from going in so far that you’d have to be King Arthur to remove it. 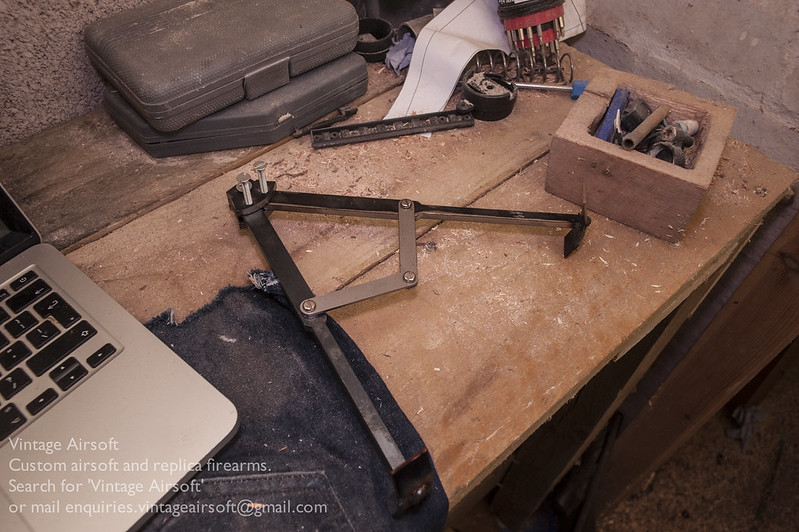 The top cover is to be 3D printed. This allows me to get some of the awkward shapes and dimensions. 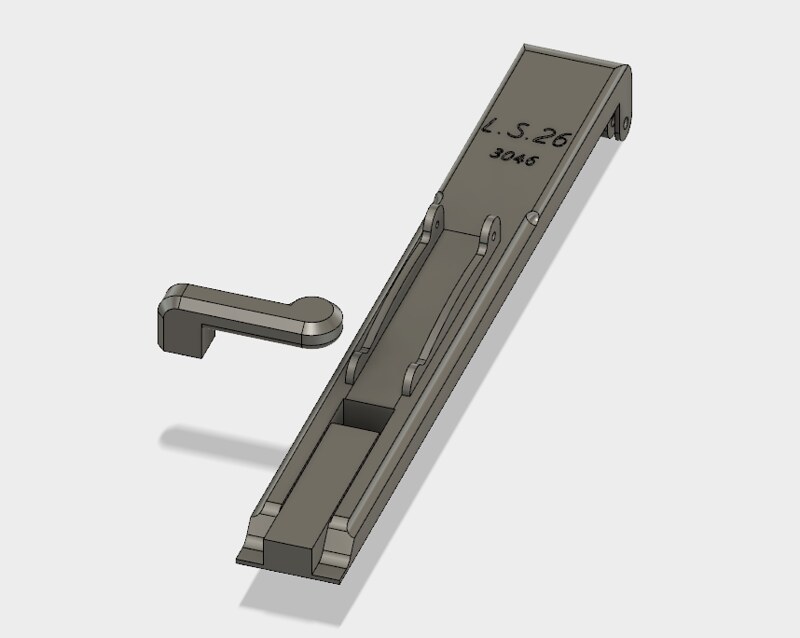 Once printed, some small tinkering to make it fit nicely but not much. 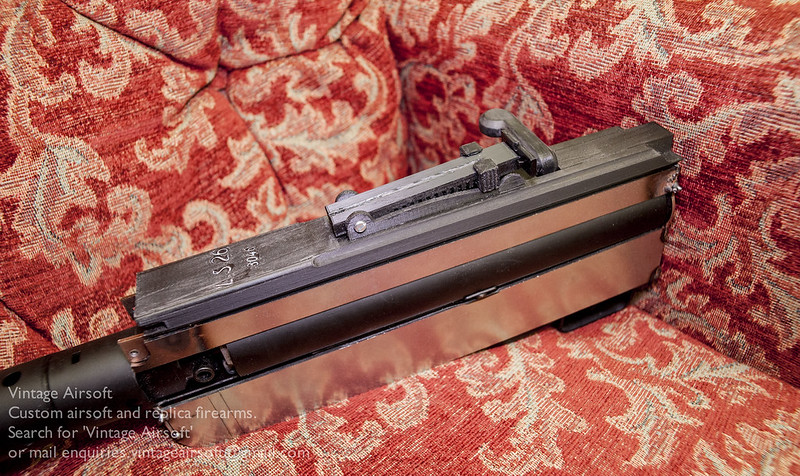 The rear sight is adjustable for windage and elevation, with the windage leaf dovetailed in. The elevation adjustment uses a variant of my usual system with teeth locking it in place securely using spring pressure. 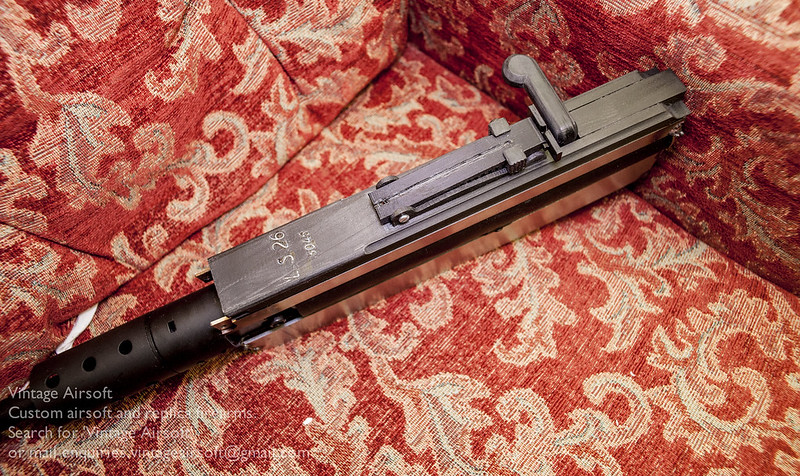 The magazine in the magwell. This part is all 3D printed, I’ll be joining it up to the Sten using a spring much like an LMG magazine for an M249 or similar. 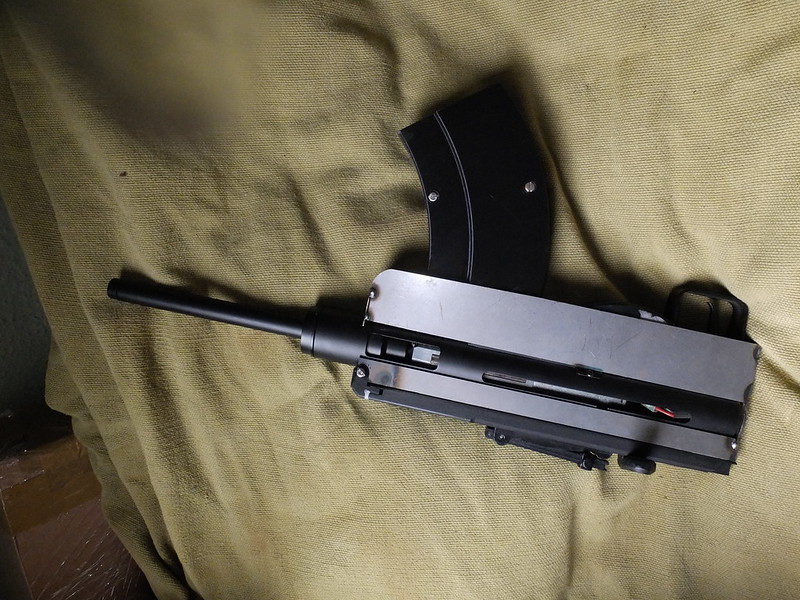 I’ve been putting off making the barrel heat guard as I knew I’d soon have access to my Mill, which would be a much tidier and faster way of making this part. I started by drilling four holes at 90º to one another around the circumference of the tube, then went in with my end mill and cut the first four slots. 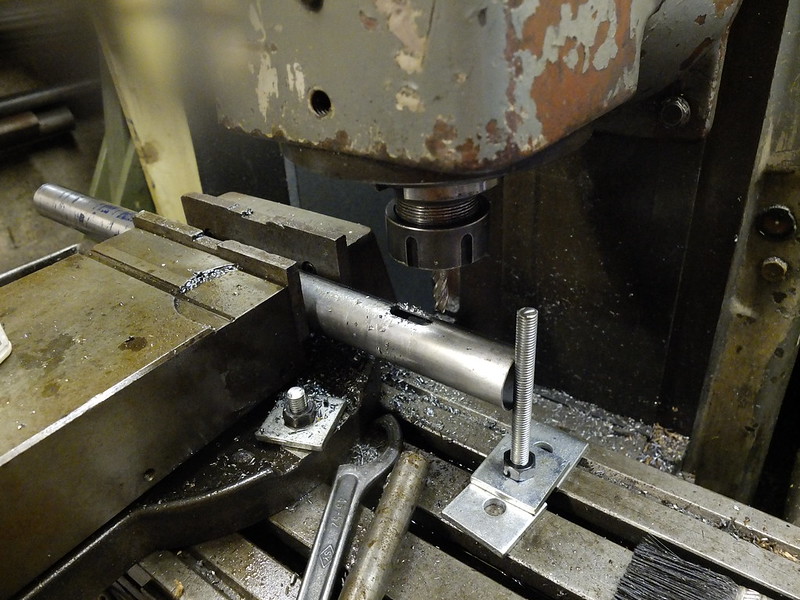 I could then skip the left material, plunge into the next slot, then rinse and repeat until the line was done. Then rotate the workpiece 90º and do the same.

The end result is both accurate and tidy, much better than if I had done it the way I used to have to (with a drill and a grinder) 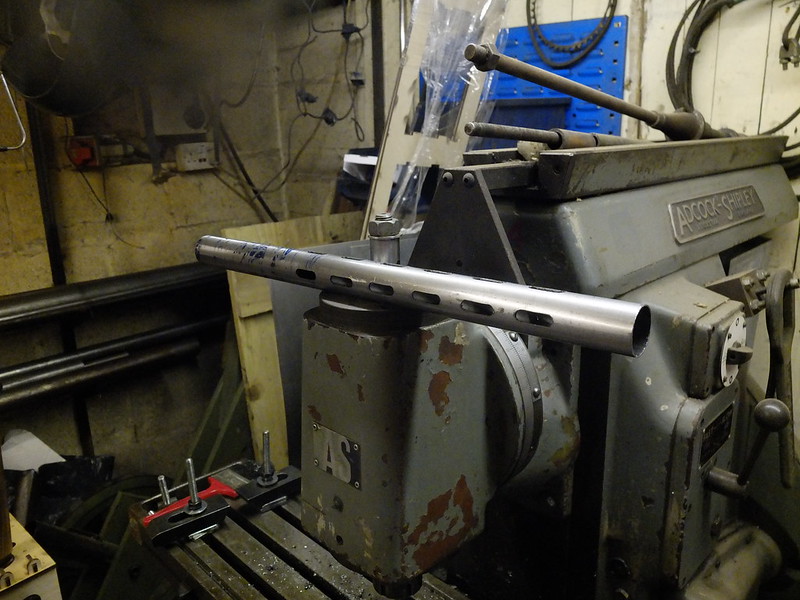 There’s still a good bit of work to do on this, but that’s for another post.

If you would like to see the other posts for this build, you can do so here.

If you want to check out a similarly obscure Light Machine-Gun, you can see the LMG25 articles here. 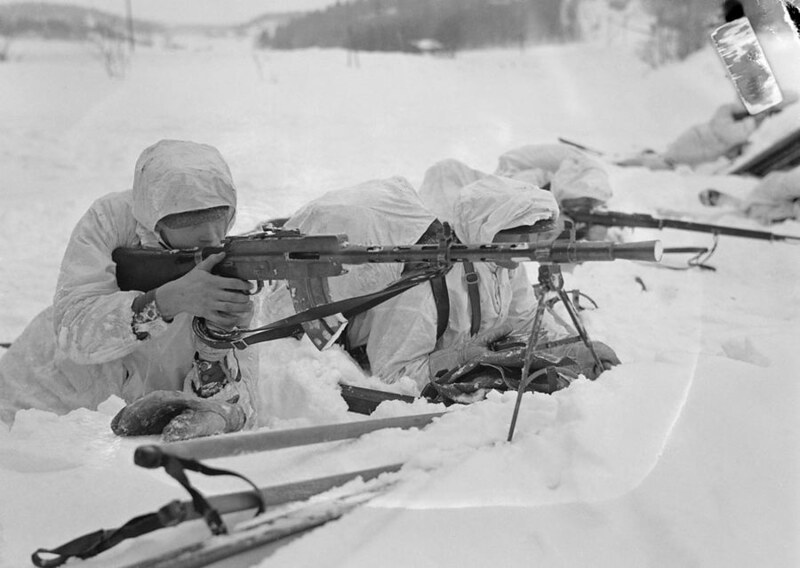 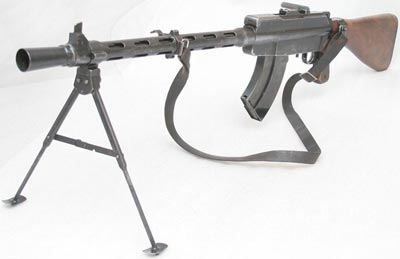 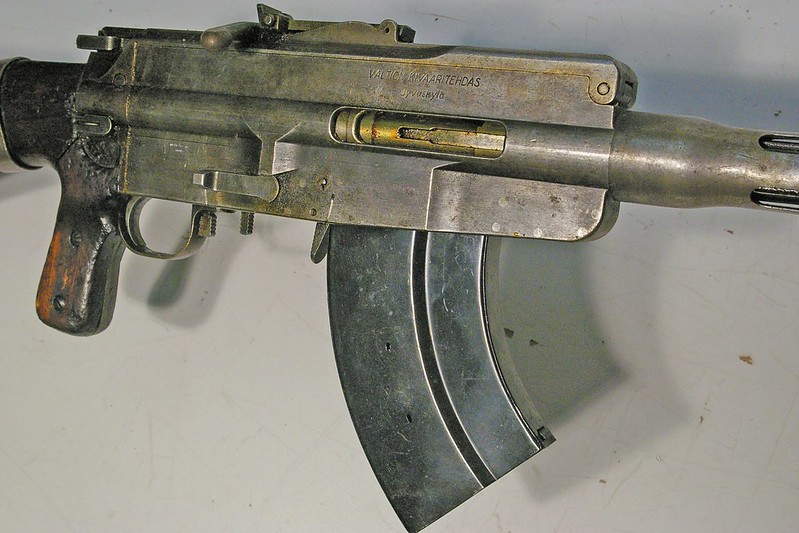 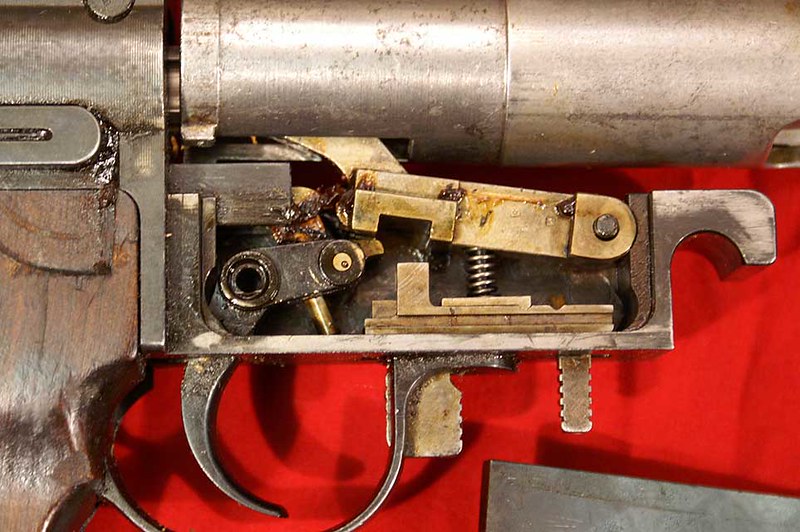